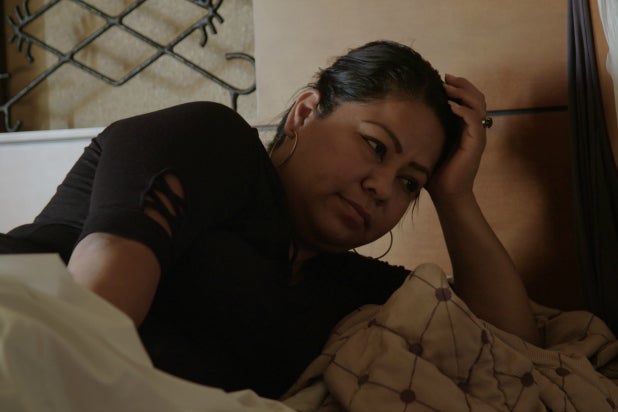 The medical industry — operating under the pretense that innovation for the sake of humanity’s wellbeing is their primary objective — bargains with patients’ bodies to maximize billionaire profits. Such is the sinister reality that audacious documentarian Kirby Dick, alongside his creative producing partner Amy Ziering, strives to denounce in “The Bleeding Edge,” their exposé of the Food and Drug Administration, an institution they say fails to prioritize public health above financial gain.

The film brings the FDA to task by unmasking the archaic regulatory practices that have enabled companies in the medical field to get easy approval for untested and often unsafe new technologies. Concepts like the 510 (k) Premarket Notification and the Premarket Approval process (PMA) are thoroughly demystified in simple descriptions that allow the general viewer to grasp the magnitude of this state-sponsored nightmare.

The 510 (k) refers to a loophole by which the industry can argue their new gadget is safe given that it’s “substantially equivalent” to one previously released, even if that preceding example malfunctioned and was recalled. PMA follows a stricter set of parameters that ensure each contraption is tested more rigorously, if ever so slightly. As you might imagine, most manufactures opt-out of the more tedious and ethical choice, thus unleashing improperly vetted products prone to ravage the lives of those who wear them.

Finding an enthralling equilibrium between hard numerical data and heartrending testimonials, Dick masterfully weaves together both the expert statements you’d expect in a documentary like this and first-hand accounts from victims; the results are alarming and essential for anyone even remotely invested in their own physical and psychological wellness.

Part of what gives “The Bleeding Edge” such powerful impact is that many of its subjects are medical professionals who were affected by the very devices or procedures they would recommend to patients — had they not experienced the consequences themselves. Their collective horror stories don’t lack in grisly details: organs spilling out of their bodies through orifices, genitals being mutilated during intercourse, and violent mental breakdowns caused by metal poisoning.

In line with their focus on injustices committed against women in their previous features “The Invisible War” and “The Hunting Ground,” Dick and Ziering duo hone in on female-specific implements that have resulted in adverse side effects for users. In unspoken but direct fashion, the film questions whether such irresponsible oversights would also occur if men’s reproductive and sexual health were similarly at stake.

Atop the list of inaccurately examined mechanisms is the Essure insert, a non-hormonal sterilization method promising women peace of mind after the spring-like piece is slid into the fallopian tubes. Instead of improving their quality of life and serving its function, Essure wrecked the futures of thousands of women, including Angie Firmalino, who now suffers autoimmune deficiencies and has become a leading voice in the movement against the use of the dangerous artifact. (Bayer announced it was taking Essure off the market on July 24, just days before “The Bleeding Edge” premieres on Netflix.)

Other Essure users, like Ana Fuentes, was told by her physician that her excessive bleeding had to do with her ethnic background and not with the device; she lost her job due to constant absences to undergo surgeries associated with the aftermath of Essure.

Most female patients who fell prey of the seemingly miraculous birth control alternative, Ms. Fuentes and Ms. Firmalino included, were encouraged to use it by their doctors, which is likely the most terrifying truth Dick delivers in “The Bleeding Edge.” According to the film, doctors were paid $2 billion in 2016 by medical-device companies in an effort to retain them as repeat clients for their creations.

Not surprisingly, the FDA, Bayer, Johnson & Johnson, and Intuitive Surgical (a venture behind the da Vinci robot doctor, presumed to have caused damage to patients during hysterectomies) declined being interviewed for the film, but some of these entities sent the filmmakers written statements denying any claims against their products.

Their policy of ignoring backlash and continuing business as usual is brutally immoral but not without precedent for corporations. But what Dick highlights is the way some practitioners, surgeons, and even nurses are willing to gamble with their patients’ welfare by becoming biased industry spokespersons or using lower quality instruments and devices if the company that produces them provides them with more personal benefits. If Americans can’t trust healthcare workers or the FDA itself to protect them from harm, the film asks, then how can anyone prevent the avaricious “innovators” and their lobbyists from putting citizens at risk of suffering irreversible injuries and illnesses?

“The Bleeding Edge” is a searing, if not aesthetically revelatory, work that exists in conversation with projects like Christopher Bell’s “Prescription Thugs,” a less successful Netflix Original, or Michael Moore’s “Sicko.” Where Dick’s film excels in its measured and calculated approach, putting facts on the foreground and adorning those findings with a precise dose of the human element.