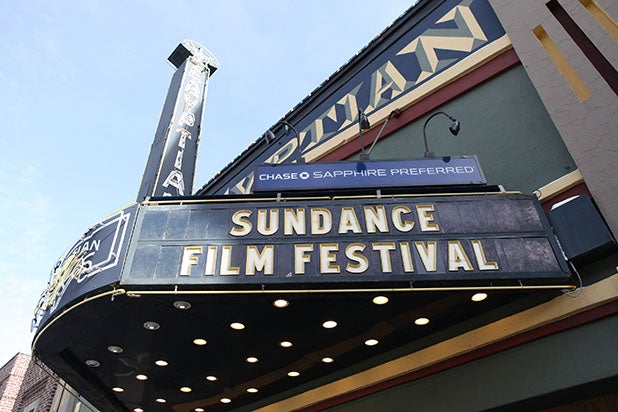 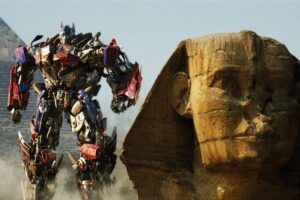 At least four of the buzziest films at 2019’s Sundance Film Festival were acquired for anywhere between $13 million and $15 million. That’s a hefty pricetag for a crop of films that at most hope to do modest business at the indie box office.

Two of those, Amazon Studios’ “Late Night” and Warner Bros.’ “Blinded by the Light,” have hit already theaters, underperforming to expectations based on their festival price tags and the conversation that followed them out of Park City.

Warner Bros.’s New Line banner released its $15 million Bruce Springsteen-inspired Sundance acquisition “Blinded by the Light” from director Gurinder Chadha wide in theaters on August 16. The film grossed just $4.3 million in its opening weekend and was deemed a disappointment.

Those less-than-stellar performances put upcoming Amazon’s two upcoming Sundance acquisitions — “Brittany Runs a Marathon,” which comes out this weekend, and next month’s “The Report” — under a magnifying glass.

With few — importantly cheaper — exceptions, the Sundance films released in theaters so far this year have done little to curb concerns about the state of the indie box office and instead raise questions about whether studios are spending too much to acquire them and doing too little to help them succeed.

When the independent film community flocks to Sundance every January to revel in filmmaking and the myth-making stories behind films, it often adds a level of hype to the films. Whether warranted or not, that can be an important marketing tool for studios once those films leave the festival, according to Bruce Nash, founder of box office and Hollywood data website The Numbers.

“That myth-making is more important for these films than many others,” he said. “It’s always hard to know what the magic is that you need in a film, but you can see how the rumor mill starts in Sundance… so obviously studios need to market to that.”

Also Read: Can 'The Farewell' Be the Indie Hit This Summer Desperately Needs?

A film like Lulu Wang’s “The Farewell,” which A24 snagged for somewhere between $6 million and $7 million, had that ingrained in the fabric of the story itself. The movie — based on a true story — follows a young Asian-American, Billi (Awkwafina), who goes back to China with her family to say goodbye to her dying grandmother, only the family hasn’t told the grandmother she’s dying.

“The Farewell” is a relative box office hit, considering how much A24 spent to acquire it. The film has pulled in $13.2 million so far in theaters.

Nash said that a film like “Late Night,” on the other hand, while fronted by a great double team in Emma Thompson and Mindy Kaling, seemed to lack the same kind of grassroots marketing groundswell that typically sets Sundance and festival films apart.

“Obviously, both of them did some work to promote it, but the movie didn’t do exceptional,” Nash said.

“Late Night” has grossed $19.1 million worldwide since Amazon dropped $13 million to acquire the comedy at Sundance. Amazon, which has been stockpiling films for Prime, has thrown its weight around at Sundance and jacked up the cost of doing business.

“I laugh when I see those stories after festivals about ‘so and so spent this much money, congratulations, you won.’ I’m like, ‘Yeah right, call me in six months,'” Bowles told TheWrap.

Following the recent performance of some costly Sundance films, however, it’s not likely such hefty price tags will continue as the industry gears up for Toronto, Venice and Tribeca.

“The buyers are probably going to be a little more conservative in terms of the buy-in prices,” said Oliver Wheeler, an international and independent film finance agent at ICM Partners. “I don’t think we’re going to have those record breaking prices that we saw at Sundance.”

“Late Night,” as well as non-Sundance indie fare such as “Booksmart,” sparked the debate about the best way to release these films to audiences. “Late Night” switched up its release, opting for a limited number of theaters before expanding wide — which was relatively successful — after “Booksmart” opened wide and was widely deemed a disappointment.

“That’s the alchemy of film distribution,” Nash said. “If one way were clearly better, then everybody would do it that way. I honestly couldn’t say that one way is better than, and actually I don’t think that’s true.”

Amazon has another splashy Sundance acquisition hitting theaters this weekend in writer-director Paul Downs Colaizzo’s feature film debut “Brittany Runs a Marathon.” The Bezos-run company spent $14 million on the film — and more than $45 million at the festival altogether. “Brittany Runs a Marathon” will open in a limited five-theater release on August 23 and platform wide.

The film follows 27-year-old New Yorker Brittany Forgler (Jillian Bell) who trains to run the New York City Marathon, all the while attempting to get her life together. Whether the film will have the legs to help turn the fortunes of the year’s indie box office and change the narrative of recent Sundance acquisitions remains to be seen.