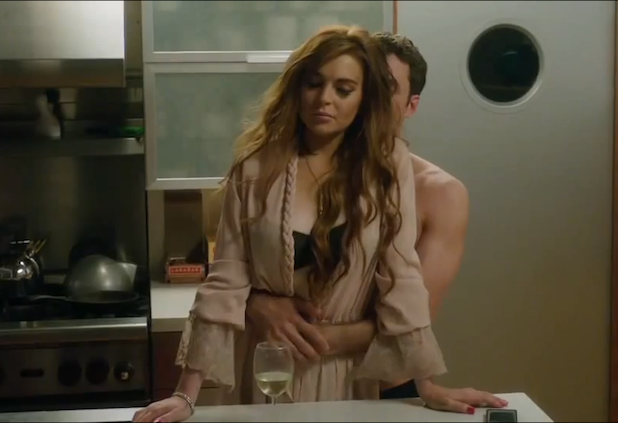 “The Canyons,” Paul Schrader‘s pulp film starring Lindsay Lohan and adult film actor James Deen, has turned a profit. How much? Its producer isn’t sure, and he wants to find out.

Braxton Pope sent an email Monday to the film’s distributor, IFC, urging greater clarity about the film’s performance on video-on-demand services and digital storefronts such as iTunes. In that email, obtained by TheWrap, Pope rebukes Hollywood for its infamous lack of transparency — especially in the digital age.

“Hollywood has long had a policy of concealing data, presumably, in part, because to reveal it would be to invite filmmakers/profit participants to demand what they are contractually owed,” Pope wrote in an email addressed to Schrader, “Canyons” writer Bret Easton Ellis and IFC Films executives. “Digital is surging and will eventually match and likely exceed domestic box office which is a mature platform with little growth, thus at some point you would think there would have to be a method for accurate reporting of all downloads, streaming, etc., in some systematic, comprehensive fashion.”

Pope was not objecting to IFC, whom he told TheWrap has been “great to work with.”  Instead, Pope was lambasting a system that inhibits filmmakers from getting a full and clear account of their movies’ financial performance.

“The Canyons” debuted on video-on-demand Aug. 2 — the same day as it opened in theaters in Los Angeles and New York. Pope said that while he got numbers from IFC, “they are only partially reported, so it is hard to get a comprehensive, accurate picture.” Though he knows the movie has made its money back, he would like to know even more “especially in the digital age in which consumer behavior is so easily tracked and stored by everyone from the government to online shoe retailers.”

Pope’s email noted an article in the New York Times on Monday about this very subject, one inspired by remarks made by WME’s Leisl Copland at the Toronto International Film Festival.

Copland noted how territorial VOD providers, cable companies, iTunes and Netflix are when it comes to viewer data.

“There is still no uniform reporting system that aggregates all data on, say, a film or documentary across all of its platforms,” Copland said.

For films that depend heavily on digital sales, say “The Canyons,” uniformity is essential.