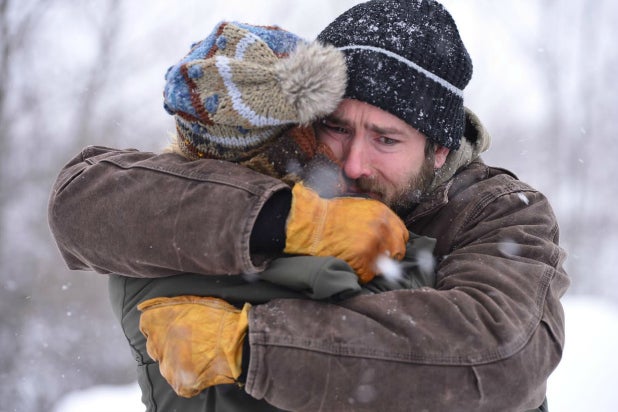 “The Captive,” a child-abduction thriller with gimmicky trickery, non-linear cutting and slow-moving, suspense-free performances, bores us with its onscreen mystery while leaving another, more important one unanswered: What exactly happened to director Atom Egoyan?

In Egoyan’s latest (now showing on DirecTV and opening theatrically December 12), events unfold out of time, with the hazy shades of winter casting them in a bright pallor. Pausing briefly on the way home, Matthew (Ryan Reynolds) pops in to a shop to run an errand, leaving his daughter Cassandra (Peyton Kennedy) in the car; when he comes out, she’s gone. That abduction, which took place in a split second, then defines and haunts the next eight years of Matthew’s life.

There’s a high level of everyday, cable news-type nightmares in the pitch and plot of “The Captive,” but the most ominous thing hanging over the film isn’t its cinematic sense of dread or the secrets of the characters. Rather, it’s how closely “The Captive” resembles another, better film by Egoyan himself.  “Exotica,” released in 1994, similarly revolves around the disappearance of a young girl, but in “Exotica,” Egoyan made a film that saw multiple characters change positions around that sudden absence, an emotional composition made out of negative space.

In “The Captive,” Egoyan has made another film about a gone girl, but then spends the rest of the film trying to fill in that void with clues and chases, a mere whodunnit in art-film clothing.

The worst thing you could say about “The Captive” is that it feels like it was made by a young director whose only sin was watching too many early Atom Egoyan films. After a striking, stirring early run including “Exotica,” “The Adjuster,” and “The Sweet Hereafter,” Egoyan has recently released a series of duds and snoozers like “Where the Truth Lies,” “Chloe,” and “Adoration.” Egoyan’s high-wire early work has now calcified into a kind of mature mediocrity, his moviemaking career kept afloat by a combination of the memories of past glories and, more pragmatically, Canadian production funds and tax credits.

The script, credited to Egoyan and David Fraser, also does itself no favors with the fact that its bad guy Mika is both over-written and under-played; as portrayed by Kevin Durand (“The Strain,” “Lost,”) the villain of the piece is burdened with a John Waters mustache and a dour look of malevolence so on-the-nose it might as well be accompanied by the flourish of a cape and the thunder of a silent movie organ music riff.

(Egoyan’s melodramatic mishandling of the material calls to mind a superior film, Markus Schleinzer’s tough-but-amazing 2011 “Michael,” an abduction drama that horrified precisely because it was so banal and under-played.)

Reynolds is fine as the dad-in-peril — he’s always better being hounded than he is in happiness — as is Mirielle Enos (“The Killing” ) as the wife and mother torn apart by the abduction. Rosario Dawson and Scott Speedman are adequate as the cops working the case; the fault of their failure to make more of an impression lies more with the script than in their work. While the grey-and-white, snow-coated, ice cold terrain of the film looks lovely, it’s also literally nothing cinematographer Paul Sarossy hasn’t shot before — and better — in Egoyan’s own “The Sweet Hereafter.”

It’s sad but true that Egoyan’s been on a downward slope for a while, with his attempts to sell out not cashing in and his attempts to get back to his roots finding no place to take hold. “The Captive” is chock full of sealed rooms, kidnappings and abducted prisoners, but what it can never escape is its director’s own shadow.