Starz has put into development a limited series inspired by the life of Cyntoia Brown-Long, the premium cable network announced Friday.

Executive produced by Curtis “50 Cent” Jackson, the scripted drama is based Brown-Long’s book, “Free Cyntoia: My Search for Redemption in the American Prison System.” Brown-Long served 15 years in prison after she was sex trafficked by a boyfriend, tried as an adult at 16 years old and sentenced to life for aggravated robbery and first-degree murder.

La La Anthony, who starred on “Power” alongside Jackson, brought the project to his G-Unit Film & Television company and will also serve as executive producer on the series. Santa Sierra is writer on the project. 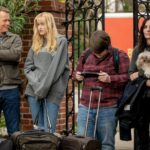 For years, Brown-Long maintained that the 2004 killing was an act of self-defense. Over the years, the fight for her release brought prominent lawyers to her defense and support from celebrities in addition to Anthony including LeBron James, Kim Kardashian West and Rihanna. She was granted clemency and released in 2019 and now advocates for criminal justice reform and victims of trafficking.

Brown-Long and her husband Jamie Long will consult on the project.

“We’re honored to be entrusted with Cyntoia’s story, which shines a light on the injustice of a system that tried and sentenced an at-risk minor as an adult when she was a victim herself of sex trafficking,” said Christina Davis, president of original programming for STARZ. “This limited series from Curtis, La La and Santa chronicles Cyntoia’s long journey to freedom and furthers our #TakeTheLead programming mandate centered on narratives by, about and for women and underrepresented audiences.”