Brad Rutter may be one of the greatest “Jeopardy!” contestants of all time, but the quiz show maven also has plenty of experience in broadcasting — dating as far back as the original 2012 pilot for “The Chase,” the U.K. quiz show import he’s starring on again nine years later.

“So it’s more than just the money that ‘Jeopardy’s’ given me,” Rutter said with a laugh in an interview with TheWrap.

Set to premiere on ABC Thursday night, “The Chase” is a game show which pits trivia fans against pros. Rutter will star as one of the so-called “Chasers” looking to crush contestants’ hopes and dreams alongside fellow “Jeopardy!” G.O.A.T.s Ken Jennings and James Holzhauer. “The View’s” Sara Haines serves as host.

Rutter says his natural on-camera ability made him a good fit for TV work post-“Jeopardy!”, but he gives credit to Alex Trebek for providing a sterling example of how to put on a good show.

“He held himself and the show to a really high standard. He was just pursuing excellence all the time. And having been in TV, knowing how tough a job that is, that’s always the thing that I was most impressed with,” Rutter said. “That’s a hard job and he just nailed every time … [And] he was always having a good time. Even as serious as he was, there was always a little twinkle in his eye.”

“So you know, if you can take those three things — really care about something, pursue excellence, and have a good time doing it, I can’t think of a better way to try to live life,” he continued. 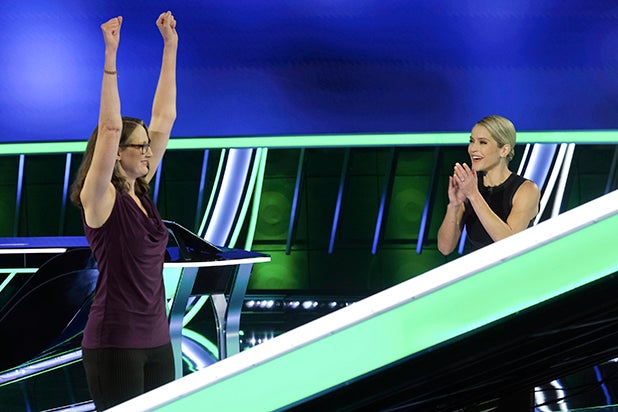 TheWrap: So as I was preparing for this interview, I saw that you actually shot the original pilot for the U.S. adaptation of “The Chase” like eight years ago.

Yeah, that is correct, so I was quite familiar with the format. Obviously, the show’s been a big hit in England for a long time, so Fox ordered a pilot back in 2012. We ended up flying over to London and actually shooting it on their set over there. But pretty much the week after we did that there was a complete regime change at Fox, and they ended up not picking it up. And then GSN decided to do it, but with just The Beast [Mark Labbett, star of the U.K. version].

So you must have had a good experience with the show then, if you’re coming back now. What is it about the format that appeals to you?

Well, with primetime quiz shows, we’re used to “Who Wants to Be a Millionaire?” with like, you know, the 10 dramatic moments, and we have that. But we also have fast-paced, rapid-fire trivia, which is always something I’ve enjoyed. And that’s what “Jeopardy!” gives you every night with 61 questions. On “The Chase,” though, we can get up to 116, conceivably. I don’t think we got up to that many, but that just shows you the potential.

So having worked with The Beast, are you taking any inspiration from his performance on the show?

I don’t think I could help it even if I wasn’t trying to. Although it’s hard, because, he’s obviously a huge guy. He’s like, 6’6” and he gotta weigh like, you know, 345. So that’s intimidating in itself. I think I kind of went more, sort of– How do I say this? Sort of a smug smart-aleck kind of persona, as opposed to just this giant guy staring you down.

I think, obviously, most people know you from “Jeopardy!” but you actually have a ton of TV experience. How did you end up doing this? Is this one thing that you ever thought you would be doing?

No, and I actually have “Jeopardy!” to thank for that too. I always had a bit of a performance gene, I guess, but coming from where I came from in Pennsylvania, I didn’t know anybody who was on TV or anything. But as I was walking out of the Waldorf, where they had us staying for the “Million Dollar Masters Tournament” for “Jeopardy!” in 2002, and somebody on the crew said, “You ever think about doing TV for a living? You’re really natural on camera.” And I guess I that had crossed my mind, but I didn’t know that was a thing that anyone actually did. So between that and, you know, having the money to not have to tend bar or wait tables like everybody else, that sort of just set me on that path? And I’m very glad it did. So it’s more than just the money that “Jeopardy!” has given me.

So looking back to that first time on Jeopardy, and thinking about when you were standing there on TV for the first time, basically, what were you feeling? And how different is it for you now?

Oh, I was so nervous. It was to the point where if I think back to it, I can hardly believe it.  You know, there’s two big reasons why the returning champion on “Jeopardy!” has a huge advantage. I think the biggest one is that they have had a full game to play with the buzzer, because that takes a while to get used to. But another one that you probably would have underrated is if they’ve actually been out there before. So the first time you go out there like I don’t think I’d ever been in a TV studio before. And then all of a sudden, you hear Johnny Gilbert saying, “This is Jeopardy!,” because that plays live there. And then all of a sudden, it’s like, Oh my god, I’m 10 feet from Alex Trebek, this is actually happening. And it takes a good, you know, 10 minutes to really sort of have it sink in that this is actually real. So one thing that’s actually really counterintuitive is as the stakes have gotten higher with the money on “Jeopardy!,” the less nervous I get, because I’ve had more and more experience with it.

So now, 20 years later, when you’re sitting opposite someone on “The Chase,” and they’re like, Oh, my God, that’s Brad. How do you view your role in that situation?

That’s kinda what it’s all about, right? The conceit of the show is, you go out and you go to your local pub quiz — you know, in years other than this one — but maybe you do pretty well and you win the gift card, but now we put you together with another few people like that and see how you do against the pros.

Do you feel like you have an obligation to put these people through the wringer? Or are you trying to, you know, nurture potential new trivia talent?

A little bit of both actually. But probably more put them through the wringer. But hey, there were some contestants I was really impressed with. And so let’s say they earned their spot up there and are doing well, I’m going to congratulate them on that. But, yeah, they hired me for a reason. And it wasn’t to, you know, help them give money away. [Laughs.]

So I did want to talk a little bit about Alex. I can only assume you see him as something of a mentor, especially as you’ve gotten more into doing TV.

Do you feel like you have a responsibility to him now? To try to live up to that legacy?

Yeah, I would never want to let him down. Yeah. And he’s really inspired me a lot, especially with all he went through over the past couple of years. Sometimes that’s what it takes to really get you realize what you take from people. The thing that stuck out to me just being around him on the “Jeopardy!” set was how he cared so much about the show. You know, putting on a good show was really important to him, and that came through in everything he did. He held himself and the show to a really high standard. He was just pursuing excellence all the time. And having been in TV, knowing how tough a job that is, that’s always the thing that I was most impressed with. Like, that’s a hard job and he just nailed every time. Now, he’d been doing it for 30 years, but still it’s not like anybody could do that. He also had a curiosity and a genuine sort of erudition and education. He was really interested in the stuff that the clues were about, and when he’s chatting to the contestants about them afterwards, you know, he loved that. And then third was he was always having a good time. Even as serious as he was, there was always a little twinkle in his eye. So you know, if you can take those three things — really care about something, pursue excellence, and have a good time doing it, I can’t think of a better way to try to live life.

Also Read: 'Jeopardy!' Champs 'Gutted' by Death of Alex Trebek: 'You Will Never Be Replaced in Our Hearts'

Did you have conversations with him going into “The Chase” or your other projects? Like, “How did you do this?”

Not really, although he would offer it occasionally, on the times when I would see him, you know, he’d be like, “Get points on the back end!” It was always joking with him. But no, it was mostly just mostly just following his example really, which is, I can’t think of anyone better. 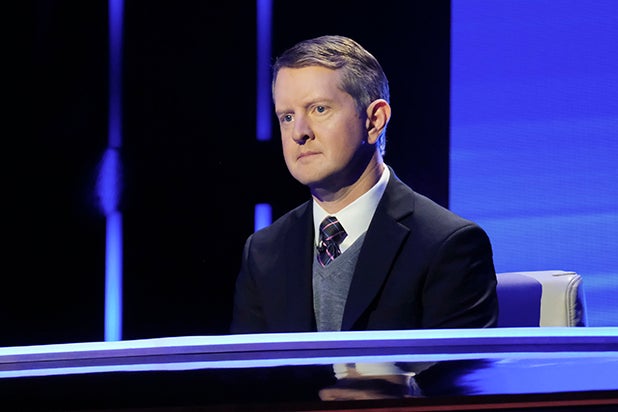