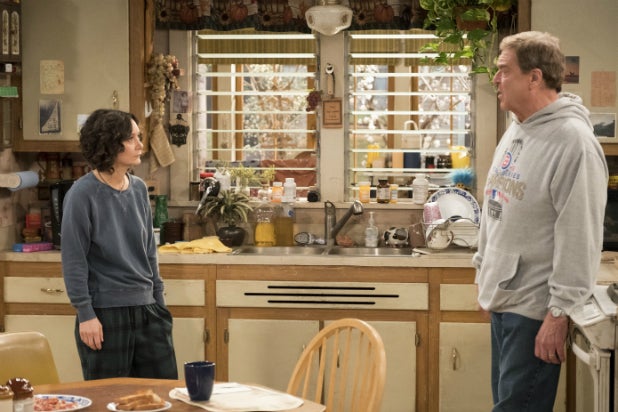 ABC has unveiled its fall premiere dates for the 2018-19 season, including a two-hour debut for “Grey’s Anatomy” and an October launch for “The Conners,” the new iteration of “Roseanne” sans its namesake character.

“Dancing With the Stars” and “The Good Doctor” will kick off the network’s season on Monday, Sept. 24 at 8 p.m. and 10 p.m., respectively. The following Wednesday, a trio of returning comedies — including what will likely be the final season of “Modern Family” — will help to launch the Leighton Meester-led single cam “Single Parents” and the ensemble drama “A Million Little Things.”

“Grey’s Anatomy” will premiere on Thursday, Sept. 27 with a two-hour premiere, followed by “How to Get Away With Murder,” keeping the Shondaland-dominated Thursday line-up intact until “Station 19” premieres in the 9 p.m. slot the following week.

On Friday’s, ABC’s classic “TGIF” comedy branding will return with the lineup of “Fresh Off the Boat” at 8 p.m., “Speechless” at 8:30 and Ricky Gervais and Fred Savage’s “Child Support” at 9.

Elsewhere, the “Juniors” edition of “Dancing With the Stars” will hit Sunday, Oct. 7, before being joined by Alec Baldwin’s new weekly talk show on Oct. 14.

Tuesday, Oct. 16 will see the debut of three new shows, Nathan Fillion’s cop drama “The Rookie,” the 1970s-set “The Kids Are Alright” and “The Conners.”