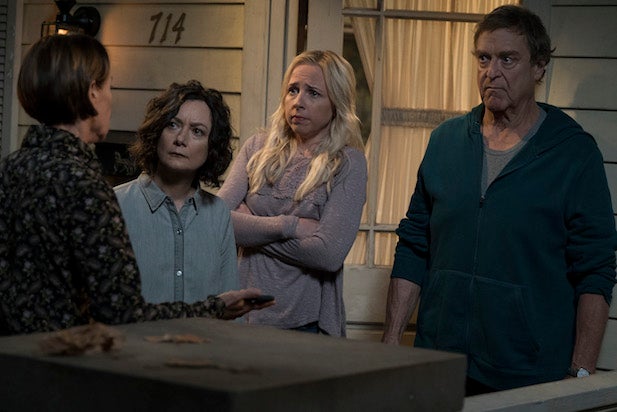 The Conners are hanging tough in some sneak peek photos from the “Roseanne” spinoff’s upcoming series premiere.

On the first episode of “The Conners,” titled “Keep on Truckin,'” a sudden turn of events forces the Conners to face the daily struggles of life in Lanford in a way they never have before, per ABC’s press materials. (Our money is on that “sudden turn of events” being how they write off Roseanne Barr.)

Family members Dan (John Goodman), Jackie (Laurie Metcalf), Darlene (Sara Gilbert), Becky (Lecy Goranson) and Mark (Ames McNamara) are featured in the new stills from the episode, with their expressions oscillating between seriously concerned in one shot and joyous in others. (Cheers, Dan and Mark?)

Noticeably absent from all these pics is Barr, whose offensive “Planet of the Apes” tweet about ex-Obama advisor Valerie Jarrett in May led to her being fired and “Roseanne” being axed by the network. But ABC soon found a way to carry on by ordering the Barr-less spinoff “The Conners.”

ABC Entertainment Group President Channing Dungey told TheWrap during the Television Critics Association press tour in August that she has seen three outlines for the “Roseanne” spinoff sans Barr — but no script yet. And Dungey says the fact they were  “playing catch-up” with the rest of broadcast TV’s fall slate.

Also Read: Roseanne 'Staying Neutral' About 'The Conners' Spinoff: 'I Got to Stay in the Middle or I'll Go Dark' (Audio) 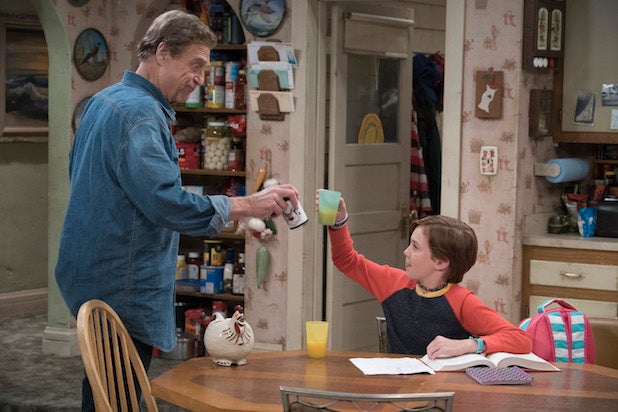 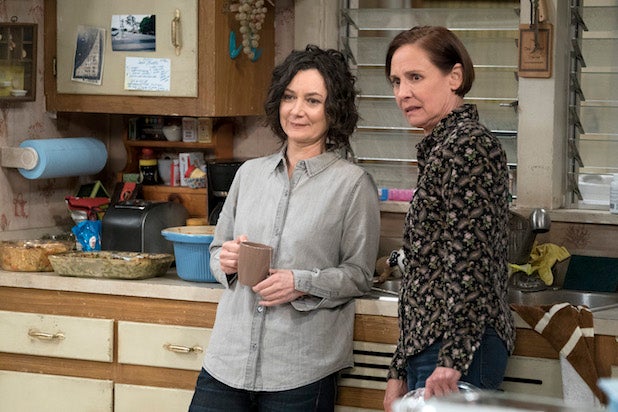