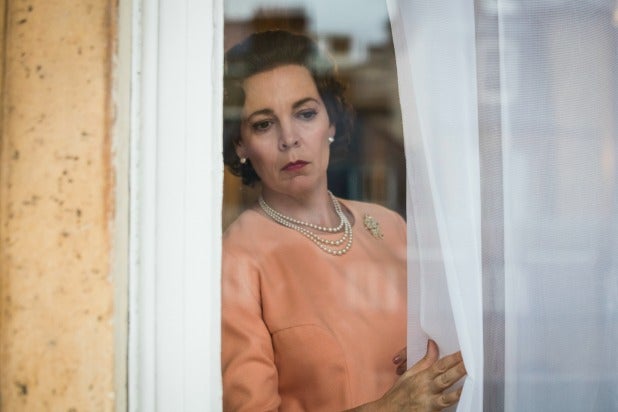 (Some spoilers ahead for “Olding,” the first episode of season 3 of “The Crown” on Netflix)

In the first new episode of “The Crown” with its revamped cast, the series takes on an amusing and strangely topical storyline — that of the 1964 Parliamentary election that brought the leftist Harold Wilson (Jason Watkins) to power.

As the episode starts, the residents of Buckingham Palace are at least mildly upset that the Labour Party looks poised to take enough seats in the election to hoist Wilson to the Prime Ministership. Ahead of the election, Prince Philip (Tobias Menzies) mentions to the queen over dinner that he heard that Wilson has been turned by the Soviets when he had visited Russia on a trade mission. The queen is at first skeptical of this idea, saying that if he was really a spy then MI5 probably would have dealt with it by now.

Also Read: 'The Crown' Refresher: Here's Where We Left Queen Elizabeth II Ahead of Season 3

But as the episode goes on, Queen Elizabeth continues to hear these conspiracy theories. And eventually, she buys in. By the time MI5 pays her a visit to tell her that there definitely is a Russian spy in the highest levels of British society, the queen is very sure she knows who it is.

She’s wrong, of course. The real spy was art historian Anthony Blunt (Samuel West), who was serving as the art curator for the royal family at the time, and had passed British secrets to the Russians during World War II — the two countries weren’t at war with each other at least, but that’s still bad. Everyone agreed to keep the whole thing quiet and, ah, handle it internally, as the sports teams and corporations today would say.

So how much of this story was real? Well, Anthony Blunt definitely was a real spy for the Soviets, a fact that was made public in 1979. And while MI5 did in real life continue monitoring Wilson throughout his political career, there’s never been any publicly disclosed evidence that he actually was a spy.

As for the queen’s part in all this, all we really know is that this account is roughly how Margaret Thatcher described it during an address to Parliament in ’79: that the queen knew and was advised by the government to keep it quiet.

What we don’t know is what Queen Elizabeth actually thought about Harold Wilson. It’s important to note that “The Crown” does have to take a lot of liberties with history when it comes to the queen’s private interactions. There’s no record of her chats with the various British prime ministers over the years, for example, but those scenes are nonetheless copious throughout the run of “The Crown.”

So when it comes to all this stuff about the queen buying into Prince Philip’s paranoid conspiracy theories, it’s not likely that much of that is based in fact. Which is fine. If Peter Morgan and co. had to stick with only established facts when writing “The Crown,” it would probably not be a very entertaining show. But still, it’s important to keep in mind while watching that you are not viewing a completely accurate account of history.