The CW’s live-action adaptation of “The Powerpuff Girls” was one of the most anticipated pilots this year, with Diablo Cody co-writing and Greg Berlanti on board as executive producer. But the network announced Monday that the project was being sent back to the drawing board for retooling.

“The reason we do pilots is sometimes things miss,” The CW chairman and CEO Mark Pedowitz explained on a call with reporters on Tuesday. “This was just a miss. We believe in the cast completely. We believe in Diablo and Heather [Regnier], who are writing, and we believe in the auspices of Greg Berlanti and Warner Studios. In this case, the pilot didn’t work.”

He went on to explain that the version of the pilot that was shot earlier this year “felt a little too campy.” 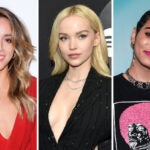 A live-action sequel to the beloved Cartoon Network series created by Craig McCracken, “Powerpuff” follows heroines Blossom, Bubbles and Buttercup as “disillusioned twentysomethings who resent having lost their childhood to crime-fighting.”

Chloe Bennet, Dove Cameron, Yana Perrault and Donald Faison remain attached to star in the project, along with the rest of the cast and creative team.

“But again, you learn things when you test them out,” he continued. “And so in this case, we said, ‘Let’s take a step back and go back to the drawing board.’ Because this is a powerful property. It has engaged a lot of interest, and we want to get it right before we put it out.”