The CW is set to expand its primetime programming schedule to include Saturday nights next season, the network announced Thursday.

The move comes three years after the network resumed programming on Sundays, making it a full seven-day-a-week broadcast network for the first time in its history. Saturday programming will kick off in October with the start of the 2021-22 TV season. In exchange for the new hours, The CW will return the 3-4 p.m. weekday afternoon block to its affiliate stations.

The network will air primetime programming for two hours a night between 8 and 10 p.m. ET/PT, for a total of 14 hours across the week. The move brings The CW closer in total weekly hours to the other broadcast networks, with ABC, NBC and CBS all programming 22 hours a week, and Fox programming 15 hours a week.

The first program set to air in The CW’s Saturday slot will be the iHeartRadio Music Festival broadcast on Oct. 2. 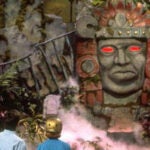 “As The CW expands and thrives, so do our affiliate partners, and everyone sees the tremendous value and the clear excitement behind the opportunity to brand and identify as a seven night network on both a national and local level,” said Berlamino. “The addition of more original programming to our Saturday primetime line-up coupled with our stations ability to now program the Monday through Friday daytime block is a win-win for all parties.”

“Becoming a seven-night-a-week network has been a long-standing goal for everyone here at The CW, and in an extremely tight broadcast environment, the ability to expand our primetime by two more hours each week is a dynamic shift that will be gladly welcomed by our clients and the agencies,” said Rob Tuck, executive vice president, national sales. “Following the recent industry trend which has seen considerable contraction on a linear basis, The CW will buck that trend this season by adding a new night of original programming, creating new opportunities for us going forward.”