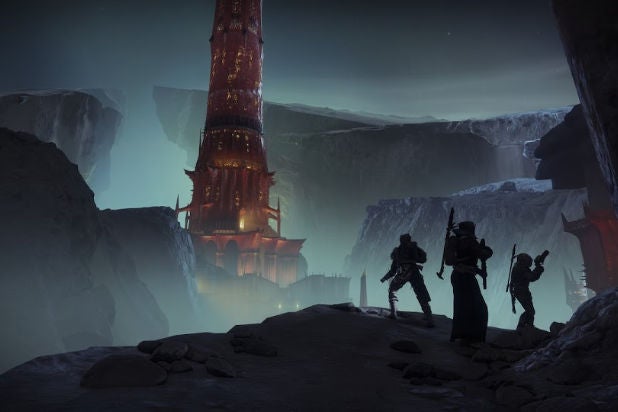 (Major spoilers ahead for the ending of the main campaign for “Destiny 2: Shadowkeep”)

It’s not always easy to fully digest the story being told in the “Destiny” games, because the main missions and cutscenes only give you part of the absolutely mad full context. And with “Destiny 2: Shadowkeep” that difficulty is multiplied because there’s still a lot of context we don’t have — because what we have of this expansion so far is just the beginning of a new epic chapter that will last through the next year.

But it’s to Bungie’s credit, I think, that it’s built a foundation deep enough that there is always an answer when something crazy like the “Shadowkeep” ending happens. We don’t understand all the implications yet, but we have a general idea about what we all just experienced. And with the way Bungie is developing the game these days, we should actually find out more about what it means very soon. So let’s dive in and think about it.

Also Read: Here's What the Hell Happened at the End of 'Destiny 2: Forsaken'

Okay, so I should note first that “Shadowkeep” is not a complete story on its own, and it isn’t intended to be. Instead, it’s basically a prologue to whatever is going to happen over the course of the next year. It’s kinda like if when the “Taken King” expansion for the first “Destiny” just saw the beginning of Oryx’s invasion of our solar system, and we didn’t kill him until a year later after having fought in the Taken War via a series of seasonal events. What we have with “Shadowkeep” is not meant to be a conclusion — it’s just the beginning of a large story arc that will be told over time.

The final mission sees you enter the mysterious black pyramid inside the moon. You fight a series of nightmares — Ghaul, Fikrul, Crota — and then… you have a conversation with yourself on a grassy platform full of flowers. You can watch that whole thing here if you want to refresh yourself.

This scene is actually an incredibly momentous situation in the “Destiny” universe. Because obviously you aren’t really talking to yourself. You were talking to the Darkness. You “communed with the Deep,” as ole Oryx might describe it. This is something only a very small number of characters have ever done that we know of — Oryx and Calus being the big ones. The Darkness, it appears, is trying to court us, as it did them, teasing us with the promise of power.

And you had that conversation in the Black Garden, better known as the birthplace of the Vex. And the location of the final mission in the original “Destiny” story campaign way back in 2014, in which we destroyed some nebulous Darkness entity called the Black Heart.

“We have heard your cries for help. And soon we will answer,” your Darkness-powered doppelganger says. “We are not your friend. We are not your enemy. We are your salvation.”

That message is cryptic and we don’t know specifically what it means just yet — and we’re not supposed to, because we’ll find that out later. Maybe as soon as this weekend. On Saturday, the story will continue with the Garden of Salvation raid, which will see teams of guardians enter the Black Garden and fight against hordes of Vex. We don’t know what the Garden of Salvation raid will involve, but now we know that it’s a direct continuation of the story that “Shadowkeep” began, and that story will continue as the Season of the Undying activities will start up after the first fireteam in the world completes the raid for the first time.

For the moment, the big question is what the Deep is actually trying to do with us. We know the other pyramid ships are on their way, as we saw at the end of the Red War campaign when “Destiny 2” was first released. But we don’t know what this pyramid is trying to accomplish in the meantime. Is it somehow a rogue operator? Is it just stalling for time? Whatever it is, it can’t be good. This is, after all, the true main antagonist group of the “Destiny” franchise. The fact that “Shadowkeep” would go ahead and introduce them, even just briefly like this, is a huge deal. I can’t wait to see what’s next.