Unless you’re the kind of monster who still hasn’t checked out “The Expanse,” you’re no doubt sad that the Amazon Prime Video series is ending with its upcoming sixth season. But probably not as sad as the people of Earth and Mars, because it sure looks like things have gone from bad to worse since the series of gut punches they endured in Season 5.

See for yourself in the new Season 6 trailer above.

By the end of Season 5, the Free Navy — the extremist OPA faction led by Marco Inaros (Keon Alexander) — had blown up the Martian parliament, devastated Earth with a cataclysmic asteroid bombardment and managed to destroy several Earth ships before escaping to one of the thousands of Ring Gate worlds.

Alas, the Free Navy is still at large in Season 6 and continuing to fling asteroids at Earth and Mars. And those attacks have done so much damage that it’s proven there’s no difference between Earth and the desperate poverty and constant danger of life in the Belt. 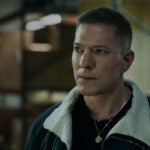 Meanwhile, Drummer (Cara Gee) is still on the lam after betraying the Free Navy, but she’s picked up some allies from Outer Planets Alliance factions who are sick of Inaros’ boot on their neck.

Luckily, UN Secretary General Chrisjen Avasarala (Shohreh Aghdashloo) has a plan to save everyone that will probably make fans of “The Expanse” pass out from pure joy: Send ex-Martian marine Bobbie Draper (Frankie Adams) to team up with the crew of the Rocinante — James Holden (Steven Strait), Naomi Nagata (Dominique Tipper), Amos/Timothy (Wes Chatham) and as of last season, Clarissa Mao (Nadine Nicole) — for a secret mission that might turn things around. Please and thank you.

Oh, and something else is happening — Alien life somewhere on a world we’re pretty sure might be settled by the breakaway faction of Martian fascists.

You’ll have to wait just a bit to find out what all of this means. (Sorry!) The final season of “The Expanse,” which also stars Jasai Chase Owens, premieres on Dec. 10, with new episodes launching weekly until the expanded series finale on Jan. 14.

Along with the Season 6 trailer above, there’s also some new poster art: