‘The Falcon and the Winter Soldier': Anthony Mackie ‘Felt Every Emotion’ the First Time He Suited Up as Captain America

TheWrap awards magazine: “I was able to take a moment and shed a tear, because I just didn’t know that it would affect me in that way,” Mackie tells TheWrap

Anthony Mackie didn’t think his first time suiting up as Captain America would hit this hard.

“I literally felt every emotion in a period of 20 minutes,” Mackie said of his first fitting of his character Sam Wilson’s fancy new threads, which cemented him as Marvel Cinematic Universe’s new star-spangled man in “The Falcon and the Winter Soldier.” “I got goosebumps. I was able to take a moment and shed a tear, because I just didn’t know that it would affect me in that way.”

Sam Wilson’s ascent from a well-liked sidekick, the Falcon, into arguably one of the most important comic book characters ever — and the MCU’s first Black Captain America — was a watershed moment. That significance was not lost on Malcolm Spellman, the head writer for the Disney+ series. He realized the impact when it was Mackie’s Cap, and not the version that Chris Evans played for more than a decade on the big screen, that was on hand to help Disneyland unveil its new Avengers Campus in early June. 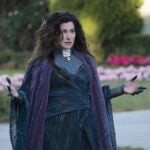 “This is a big f—ing deal,” he said. “You’re not unaware that this is arguably the most powerful platform on the planet. It’s as powerful as anything out there. You have to be responsible and respectful when you’re dealing with something that has this much reach. Just knowing that my nephews and nieces get to grow up with this is huge. Me and the other Black folk in that (writers) room were aware that this was going to be a substantial thing we were doing.”

But to get to that moment, Spellman knew that the character of Sam had to agree to become the iconic American symbol in spite of the longstanding prejudices that Black Americans have faced for centuries. “I wanted to make sure Sam’s reluctance is never dispelled, and the reason for Sam’s reluctance is never dispelled,” he said. “If he’s going to take this mantle on, he has to face those demons. And instead of a typical hero’s journey, he has to realize, ‘Oh, f— I’m gonna have to become Cap.’”

For Mackie, becoming Cap punctuated his rise to the top of the call sheet after a two-decade career of mostly being the sidekick. “I was thinking about where I came from, my family, the work that I put in, the 20 years in this business and 11 years of training and everything that had happened coming up to this point, and for it to culminate in this moment of putting on this costume to play this character,” he said. 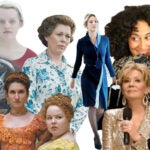 Having first appeared in 2014’s “Captain America: The Winter Soldier,” Mackie typically spent his time in the MCU alongside a jam-packed roster of heroes, which left very little breathing room for any kind of character development. “I got, like, the best sixth man award. I was Robert Horry of Marvel,” he joked, referring to the NBA sub who won seven titles.

But “The Falcon and the Winter Soldier” gave Mackie, along with co-star Sebastian Stan, time to shine on their own. “The scope of the work changed so much because I really had to be diligent and focus on the story and the character and make sure it was moving along,” he said, adding that this was the first time he had an “open dialogue” with writers on a Marvel project.

That relationship with Spellman culminated in Sam’s made-for-TV moment in his debut as Captain America, where he convinces the Global Repatriation Council to scrap a vote that would displace millions of refugees. Instead, the council agrees to work to help refugees. Sam’s passionate plea served as his mission statement for his tenure as Cap.

“I had a sense of the speech, but man, we labored on that, particularly me and Anthony, because it needed to feel very human and from the heart and very, very resonant,” Spellman said. He added that everyone on the show agreed they didn’t want it to be a speech where he’s “standing on a pulpit.” “We found a way to aim it at that particular senator, and that allowed Anthony to deliver it. Instead of it being so much a speech, he is Captain America trying to convince one individual.”