(Here there be spoilers for “Truth,” the fifth episode of “The Falcon and the Winter Soldier” on Disney+)

Things are finally coming to a head in “The Falcon and the Winter Soldier,” with the Flag Smashers making their move against the Global Repatriations Council and a rogue Captain America ready to take them down along with anybody else who might breathe aggressively in his direction. And it sure seems like Sam (Anthony Mackie) is just about ready to take on the mantle of Captain America.

But he doesn’t just seem ready — you could argue he’s been ready for a while. But now he actually seems willing, as well, for the very first time.

There’s one big problem, though: The Falcon suit was destroyed near the beginning of the episode during Sam and Bucky’s fight with the superpowered John Walker (Wyatt Russell). But help just might be on the way with that. Or, more correctly, help may already be here.

Also Read: 'Falcon and the Winter Soldier': What That Big Cameo Could Mean

Midway through the episode, Bucky (Sebastian Stan) meets with the Wakandans to hand over Zemo (Daniel Bruhl), but at the end of the scene he asks for a favor. Whatever that favor is came in a cool looking box that he takes to Sam — and which Sam doesn’t open until the very end of the episode.

Unfortunately, they don’t actually show us what’s in the box before the scene cuts away. We’re definitely gonna find out for sure what it is very soon since there’s only one more episode of “The Falcon and the Winter Soldier” left to go — but in the meantime we think we have a pretty good idea of what to expect. 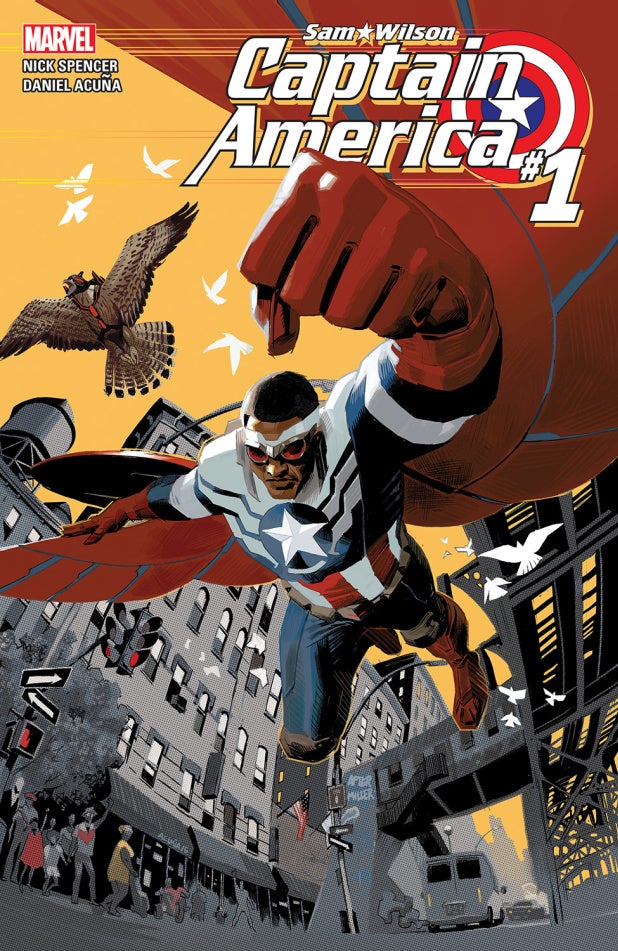 Also Read: 'The Falcon and the Winter Soldier': Could Sharon Carter Be the Power Broker?

In the comics, the suit is pretty much just a modification of Falcon’s existing outfit, but it’s almost certainly going to be more than that since it comes from Wakanda on “The Falcon and the Winter Soldier.”  We should expect it to be made of vibranium, for one thing — a much needed improvement since Sam is still just a regular human — and probably some amount of strength augmentation.

Whatever the particulars of the upgrades, we should expect to see it in action early on in next week’s finale. That’s assuming, of course, that it’s actually this suit in the box. It’s possible, though, that it’s not actually completed yet. It does seem a little bit unusual that the Wakandans would have a winged suit just lying around to hand over on demand, since we haven’t seen anything like that from them thus far in the MCU.

Recall also that Sam told his helper buddy Joaquin Torres to try to fix up his other suit — it could be that they’ll still need to strap the wings and engines on this Wakandan suit, which might just be another Black Panther suit. On the other hand, Joaquin Torres is a successor to the role of the Falcon in the comics. It’s just as possible that he’ll end up using those parts on a suit of his own if Sam doesn’t need them anymore.

Also Read: 'The Falcon and the Winter Soldier': What Are the Flag Smashers Actually Trying to Do?

Only one more episode of “The Falcon and the Winter Soldier” left to go. The finale drops next Friday.