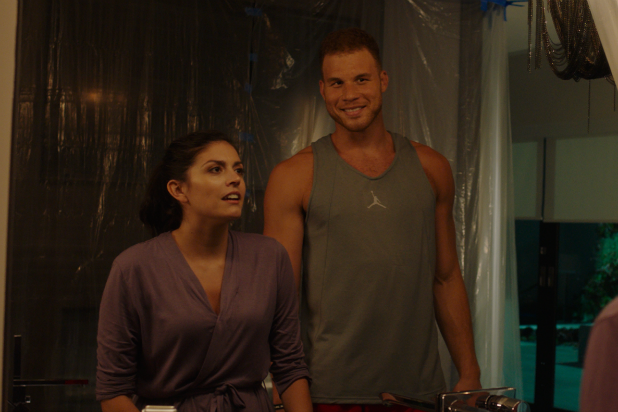 Men and women are wired differently. Sexism or science? According to Whitney Cummings’ “The Female Brain” — and, one assumes, actual studies — there are neurological reasons for why men tend to, say, defend their turf and women are more self-conscious.

Of course, there are exceptions. (This is one female, for example, who will never lower her cortisol level by organizing.) But as the film’s central character discovers, you can’t argue with results.

Director Cummings adapted her surprisingly funny feature debut (with co-writer Neal Brennan, “Half-Baked”) from a book that delves into the differences between the sexes’ gray matter. Cummings plays a fictionalized version of the book’s author, neuropsychiatrist Louann Brizendine. Louann conducts research — though for whom is unclear, other than herself — and re-runs tests when the results aren’t to her liking. Her belief system isn’t an uncommon one: Characteristics often attributed to women are weaknesses. Are you a sensitive miss? Well, that’s nothing to brag about.

Watch Video: 'Crashing' Star Jamie Lee on Comedy in the #MeToo Era: 'Things Are Not That Funny Right Now'

Unsurprisingly, Louann is a workaholic who doesn’t want to have anything to do with romantic love. She delineates to her assistant, Abby (a terrifically expressive Beanie Feldstein, “Lady Bird”), which people or things supply her with each of the brain’s feel-good chemicals. In other words, she doesn’t need a man because she’s hacked her head. When Louann interprets the brain-imaging results of Kevin (Toby Kebbell), a guy who manages to fluster her, and reports that he’s basically a Neanderthal, she says to Abby, “Now do you see why I refuse to participate in society?”

But the focus isn’t all on Louann. The film is framed as a TED-like lecture in which she presents studies of three couples at various relationship stages. There’s Lisa and Steven (Sofia Vergara and Deon Cole), whose 12-year marriage has gone cold. There’s Zoe and Greg (Cecily Strong and Blake Griffin, an NBA player with crack comic delivery), whose only problem seems to be that he thinks he can handle a bathroom remodel better than a contractor. (Greg doesn’t want another dude in his home.)

And finally there’s Lexi and Adam (Lucy Punch and James Marsden). Lexi always makes herself look perfect and wants to make Adam look perfect, too, especially for her father’s 60th birthday party. So she bugs him about using the gift certificate she gave him to straighten his hair. “If your dad cares about the way my hair looks, I will get a rocket and shoot him and I into space and I will give him 10 blowjobs,” Adam says. (But after he sees a long-haired guy at the pool shake his sleek tresses like a Pantene model, he gets it done.)

But this is a romantic comedy, so Cummings wasn’t about to let Louann go it alone. The Neanderthal takes a liking to her and is persistent about winning her over, even if she’s the type of woman who says, “I can open my own door.” Turns out that he makes her laugh. If you’re wondering whether divorcée Louann will let her heart win over her head, I say to you: Really?

Watch Video: Melissa McCarthy Heads Back to College in 'Life of the Party' Trailer

“The Female Brain” offers some interesting facts about the brains of both men and women, and it’s not as cliché-riddled as most romantic comedies tend to be. Better, the cast members across the board are impressive comedians.

Cummings may have taken the easy way out here and there, but she largely delivers a film that kinda sorta makes you think, which isn’t a characteristic the genre is known for. Throughout, your feel-good chemicals will be flowing.