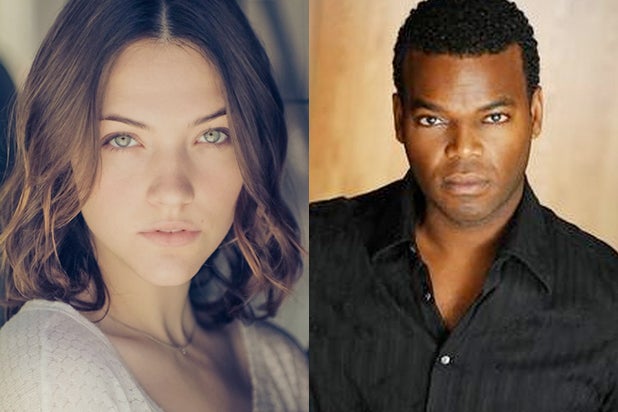 Yet another superspeedster is headed for Central City. Newcomer Violett Beane has been cast as Jesse Quick on The CW’s “The Flash,” TheWrap has learned.

Beane will appear in multiple episodes as the character described as a brilliant, quirky college student who gets caught up in Barry Allen’s (Grant Gustin) battle with Season 2’s big bad, Zoom, who has yet to be cast.

Additionally, actor Demore Barnes has been cast as villain Tokamak, the alter-ego of Henry Hewitt, “a charming, but cocky scientist who was affected by the same Particle Accelerator explosion that created the Flash.”

Beane’s Jesse Quick will be moving into a Central City already crowded with meta-humans who can run really, really fast. In addition to Barry,Tom Cavanagh’s Reverse-Flash is also a series regular, Teddy Sears’ Jay Garrick, the original Flash from the comics, is also due to make an appearance in Season 2, and Keiynan Lonsdale will also show up in the winter as Wally West, the DC superhero known as Kid Flash.

Beane has wrapped indie films “Slash” and “Flay” and is represented by TAG Talent and Velocity Entertainment. Barnes most recently recurred on Syfy’s “12 Monkeys” and is repped by Don Buchwald & Associates and Luber Roklin Entertainment.