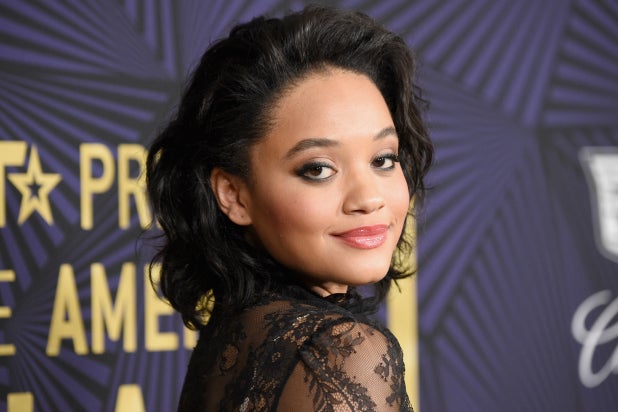 Kiersey Clemons is set to star opposite Ezra Miller in “The Flash” solo movie, according to an individual with knowledge of the project.

Clemons will reprise her role as Iris West, the romantic interest of Barry Allen.

Clemons was initially cast as West in 2017’s “Justice League” but was cut from the final film. Clemons’ scene has been restored for “Zack Snyder’s Justice League,” which will premiere on HBO Max on March 18.

Also Read: Sasha Calle to Play Supergirl in 'The Flash' Movie for Warner Bros and DC

Ben Affleck’s Batman is not the only Batman to return, as Michael Keaton will return to the role of Batman from the 1989 Tim Burton film, as TheWrap first exclusively reported.

Clemons first broke out in a pair of Sundance films “Dope” and “Hearts Beat Loud.”  Clemons most recently starred in Disney’s most recent iteration of “Lady and the Tramp.” Her other credits include Amazon’s “The Only Living Boy in New York” and Universal’s “Sweetheart.”