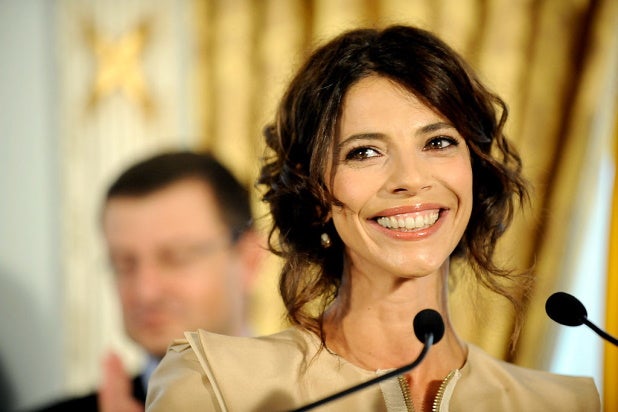 Spanish actress Maribel Verdú — best known for her roles in Alfonso Cuaron’s “Y Tu Mama Tambien” and Guillermo del Toro’s “Pan’s Labyrinth” — is set play Nora Allen, the mother of Ezra Miller’s Barry Allen, in “The Flash” solo movie, according to an individual with knowledge of the project.

Additionally, Billy Crudup will no longer play Henry Allen, Barry’s father, in the film due to scheduling conflicts with Apple TV+’s “The Morning Show.” Crudup’s final performance as Henry Allen will be in “Zack Snyder’s Justice League” which premieres March 18 on HBO Max.

As reported yesterday, Kiersey Clemons closed a deal to reprise her role as Iris West, the romantic interest of Barry Allen. The film is aiming for a spring/summer production start.

Also Read: Sasha Calle to Play Supergirl in 'The Flash' Movie for Warner Bros and DC

Ben Affleck’s Batman will return in “The Flash,” but he won’t be the only Caped Crusader to do so — as TheWrap first exclusively reported, Michael Keaton will return to the role of Batman from the 1989 Tim Burton film.

The plot of “The Flash” will introduce general audiences to the idea of the multiverse: one of the of core concepts underpinning DC Comics. For the non-fanboy set, the multiverse refers to a shifting number of alternate universes that coexist within the larger reality depicted in the DC comics. Originally created to explain various contradictory changes that the company’s characters experienced over decades, it allows several different versions of the same characters to simultaneously exist and, occasionally, interact.

“It: Chapter Two” director Andrés Muschietti is set to direct “The Flash” movie from the latest draft of the script by “Birds of Prey” writer Christina Hodson. Barbara Muschietti and Michael Disco are producing.

Maribel Verdú is a veteran of Spain’s film and television industry and has been nominated several times for the country’s Goya Awards, winning twice.

The Hollywood Reporter first reported the news of Verdú’s casting.