HBO Max is filling out the passenger list for the second season of “The Flight Attendant,” adding three series regulars and six recurring guest stars.

McRae will play CIA officer Benajmin Berry, “who may have a bad habit of getting a little too involved with his assets.” Hernandez will play Gabrielle Diaz, a quick-tempered and calculating bounty hunter whose impulse control issues often get in the way of her job. Soria will play Esteban Diaz, Gabrielle’s partner and lover. 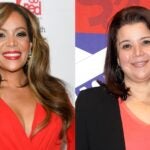 Here is the logline for Season 2, courtesy of HBO Max:

Season two of ‘The Flight Attendant’ finds Cassie Bowden (Kaley Cuoco) living her best sober life in Los Angeles while moonlighting as a CIA asset in her spare time. But when an overseas assignment leads her to inadvertently witness a murder, she becomes entangled in another international intrigue.

Season 2 has begun production and will be shooting in Los Angeles, Berlin and Reykjavik.