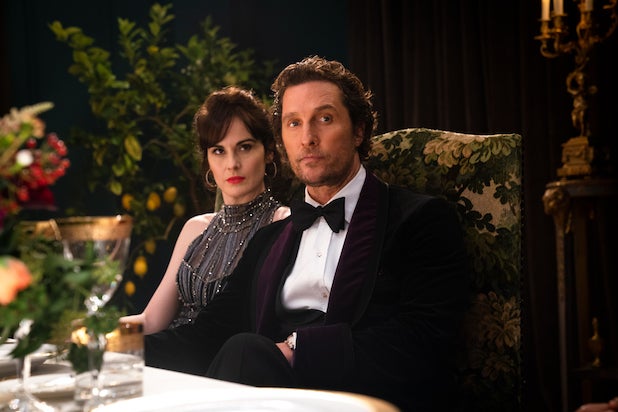 STX’s “The Gentlemen” and Universal’s “The Turning” will hit theaters this weekend, but neither are expected to knock “Bad Boys for Life” off the No. 1 spot as movie theater traffic is expected to slow down over the next two weeks thanks to the Super Bowl. Not that they need to do so.

Studios typically avoid releasing major films the week of and the week prior to the NFL season finale; as many moviegoers stay home to watch the game, potential earnings — not to mention word of mouth in the critical early stages of release — are reduced. But “The Gentlemen” and “The Turning” each have a low barrier to profitability.

“The Gentlemen”  is a return to lower budget filmmaking for director Guy Ritchie after scoring a blockbuster with “Aladdin, and it has already grossed $18.4 million overseas, including $10.4 million in the U.K. And though it’s Ritchie’s follow-up to his $1 billion-grossing remake of Disney’s “Aladdin,” it won’t need to make nearly that much to earn a profit for STX, which spent $7 million to acquire North American distribution rights from Miramax.

Written, directed, and co-produced by Ritchie, “The Gentlemen” tells the story of American expat and marijuana tycoon Mickey Pearson (Matthew McConaughey), whose plan to retire from the pot trade prompts a wave of backstabbing and stealing as rivals compete for control of his domain. The ensemble cast includes Charlie Hunnam, Henry Golding, Michelle Dockery, Jeremy Strong, Colin Farrell, and Hugh Grant. The film has a 76% score on Rotten Tomatoes.

Also opening this weekend is the Universal/DreamWorks horror film “The Turning,” which is estimated to open in the $7-9 million range. While Universal has had a turbulent winter with the highs of “1917” and the lows of “Cats” and “Dolittle,” this should be a straightforward, fairly profitable theatrical run for a low-budget horror film reported to have a price tag of less than $20 million.

“The Turning,” stars Mackenzie Davis as a babysitter who discovers that the two orphans (Finn Wolfhard and Brooklynn Prince) she been hired to look after may have a very dark secret. Floria Sigismondi directed the film from a script by Chad and Carey Hayes.