HBO has renewed Julian Fellowes’ “The Gilded Age” for a second season.

“Julian Fellowes and the entire ‘Gilded Age’ family have thoroughly captivated us with their tale of late 19th century New York City extravagance,” said Francesca Orsi, Executive Vice President of HBO Programming. “Along with our partners at Universal Television, we couldn’t be prouder to embark on a season two journey with this extraordinarily talented team.” 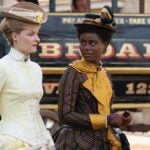 Also Read:
How to Watch ‘The Gilded Age': Is the ‘Downton Abbey’ Creator’s New Drama Streaming?

The Russells face certain obstacles as Bertha attempts to climb the ladder into high society while George shows ‘old New York’ how he makes his money. While Marian rebels agains old fashioned social norms, Peggy’s publishing journey takes her down many paths, and her parents are watching closely. The upstairs and downstairs dynamic from “Downton Abbey” is also present in this American counterpart. 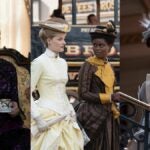 Created and written by Julian Fellowes, who serves as executive producer in addition to Gareth Neame, David Crockett, Bob Greenblatt, “The Gilded Age” is directed by Michael Engler and Salli Richardson-Whitfield. Co-Executive Producer and writer Sonja Warfield as well as Co-Executive Producer Erica Dunbar also contributed lots of work to the series and plot. “The Gilded Age” is a co-production between HBO and Universal Television, a division of Universal Studio Group.