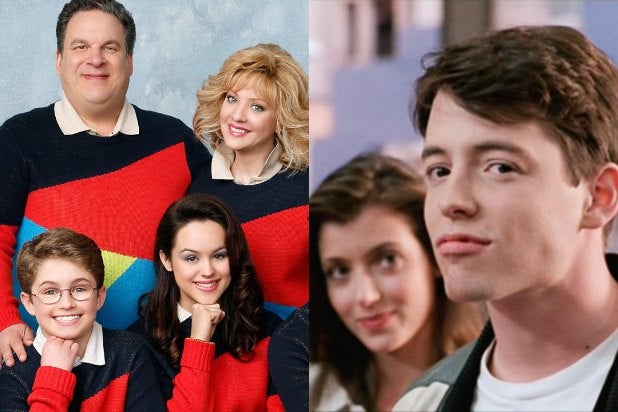 “The Goldbergs” creator Adam Goldberg says his ABC sitcom will soon air an homage episode to the classic comedy “Ferris Bueller’s Day Off.” This will be the second tribute the series has given to an 80s movie after last season’s special “Goonies”-themed episode.

“Ferris Bueller exuded cool,” Goldberg said in a statement on Tuesday. “He got the girl, he had the epic day off, he outsmarted his teachers, parents, siblings and classmates. And the way John Hughes captured that epic day of fun, it was the obvious choice to send the Goldbergs on a quest to recreate that awesome day off.”

“The Goldbergs,” which is set in the 1980s, stars Wendi McLendon-Covey and Jeff Garlin as two parents trying to raise their three kids in the time of Reagan, Rubik’s Cubes and Madonna. Goldberg, whose show is semi-autobiographical, explains how he and his older brother Barry shared an equal obsession over the John Hughes film.

“Watching it over and over was how we bonded and we quoted lines from it as if it was our secret language,” Goldberg said. “We saw ourselves in the iconic character of Ferris, the popular schemer who could do no wrong. However, we all knew the reality — neither of us was a Ferris. Sadly, we both more resembled Cameron, Ferris’ hapless sidekick.”

Matthew Broderick starred in 1986’s “Ferris,” alongside Mia Sara and Alan Ruck. The film tells the story of three friends who all skip school for a day of adventure in Chicago.

A date for the “Ferris Bueller” episode has not been announced.