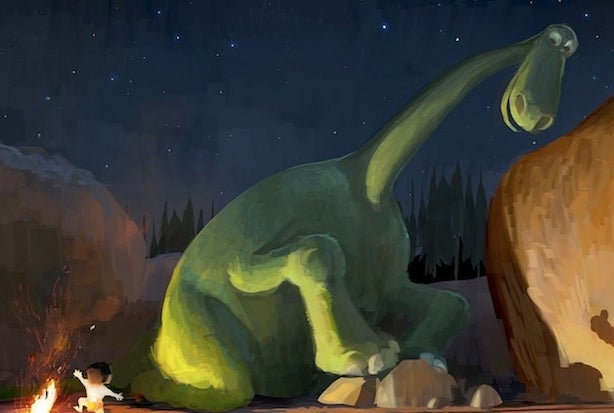 Walt Disney Studios’ decision to push “The Good Dinosaur” back by more than a year opens a big soft spot in its schedule — and leaves the critical Fourth of July weekend without a major studio release for 2014.

“Maleficent,” which Disney originally staked on Independence Day weekend, has been slotted into the Memorial Day Weekend spot once earmarked for “The Good Dinosaur.”

That leaves a gaping hole in the summer box office — and all the major studios are eyeing it, a studio executive told TheWrap. But it’ll be tricky: the frame is book-ended by a “Transformers” film before and a “Fast & Furious” flick immediately after.

“It leaves a big void, and everyone is trying to figure out what would fit there,” the executive said.

“Transformers: Age of Extinction” has almost no incentive to push its debut back a week; Paramount is going into holiday with a strong head of steam on purpose. And the “Fast” franchise, which also appeals to teens and action fans, would be wise to keep its distance from “Transformers” — so there’s little reason for it to move up.

Not that there isn’t enough money to go around. The July 4th period is historically one of the highest grossing weeks for studios, hosting multiple big-budget hopefuls. Last year, for instance, saw the release of both “Despicable Me 2” and “The Lone Ranger.”

But 2014’s has been thrown into disarray.

“Transformers: Age of Extinction” will be in its second week of release, so that should cushion the fallout some, but exhibitors will likely feel the absence of a major family title acutely over the holiday.

“The Good Dinosaur” delay comes a month after director Bob Peterson exited the project — an acknowledgement that the film needed reworking — and leaves Disney without a Pixar movie in 2014, which hasn’t happened in nearly a decade. An executive close to Disney insisted to TheWrap that the film does not need as substantial an overhaul as the 18-month delay would suggest.

This executives said the studio wanted to find another date that could support the opening of such a major picture, which will now open before Thanksgiving weekend in 2015.

Other Pixar movies have changed horses midstream: The original directors of “Toy Story 2,” “Ratatouille,” “Brave” and “Cars 2” all were fired midway through filming, and many releases had been substantially overhauled well into production.

But if anything, the surge in animated movies has made the pressure on Pixar to perform spectacularly more intense. This summer, the box office was over-saturated with family movies and some, like DreamWorks Animation’s “Turbo,” underperformed or flopped.

Universal and 20th Century Fox have created franchises like “Despicable Me” and “Ice Age” that are the equal of what Pixar produces from a box-office perspective. In fact, “Despicable Me 2” made $100 million more than Pixar’s most recent film “Monsters University” did when they premiered last summer.

“They have to make sure they’re first in the league table,” Matthew Harrigan, a media analyst at Wunderlich Securities, told TheWrap. “When you look at the franchises those studios have now, they’re intimidating. Disney’s attitude has to be a bit of  ‘First do no harm.'”

The absence of a Pixar adventure will put added pressure on Disney’s other 2014 releases like “Captain America: The Winter Soldier,” “Guardians of the Galaxy” and  “Tomorrowland,” many of which introduce relatively unknown characters.

Analysts expect that the studio’s market share will dip next year as a result.

“It’s a transition period before they really get started with the ‘Star Wars’ and “Avengers’ stuff,” Harrigan said.

That strategy will first bear fruit in 2015, with the release of the J.J. Abrams-directed “Star Wars” sequel, “The Avengers: Age of Ultron,” “Ant-Man” and two Pixar titles between “The Good Dinosaur” and “Inside Out,”a film set in the human mind.

Given that a lineup and perennial cash-cows like ESPN and its theme parks, some analysts say the consequences of postponing one Pixar adventure will be infinitesimal.

“Disney’s stock won’t even blip on this,” David Miller, an analyst with B. Riley & Co., said. “It’s barely a flyspeck on the windshield.”