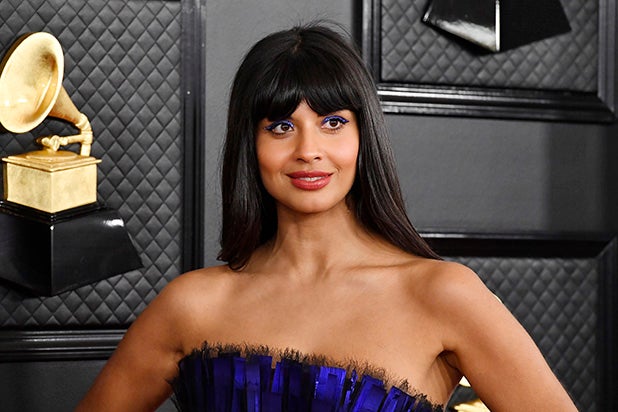 HBO Max has tapped “The Good Place” alum Jameela Jamil to serve as emcee and judge on the voguing competition show “Legendary,” the streamer announced Tuesday.

The judging panel on the nine-episode series will also include rapper Megan Thee Stallion, stylist and former “America’s Next Top Model” judge Law Roach and “the Wonder Woman of Vogue” Leiomy Maldonado, alongside a weekly rotating guest judge. Dancer and ballroom scene veteran Dashaun Wesley will provide commentary on the show, with DJ MikeQ at the turntable.

Inspired by modern day ball culture, the series will see “divas battle on teams called Houses in fashion and dance challenges including vogueing for the chance to snatch the legendary trophy and win a cash prize,” per HBO Max. Eight houses comprised of five performer and a house parent will compete in an arcing competition that documents a themed ball every episode from start to finish.

The series is executive produced by David Collins, Michael Williams and Rob Eric of by Scout Productions, along with Renata Lombardo and Shant Tutunjian. “America’s Best Dance Crew” veterans Jane Mun and Josh Greenberg will serve as executive producers and showrunners.

For Jamil, “Legendary” follows the conclusion of her four-season starring run on NBC’s “The Good Place.” The show will mark her second turn as host of an unscripted series; she currently serves as host of “The Misery Index” on TBS.