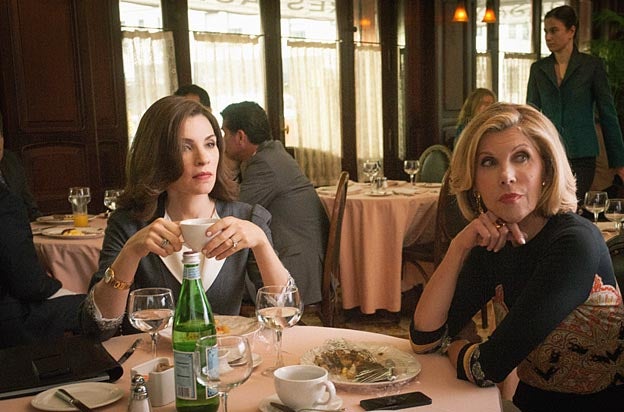 A spinoff of “The Good Wife” starring Christine Baranski and Cush Jumbo is officially coming to CBS All Access, network president Les Moonves announced on Wednesday at the CBS’ upfront event.

The show will focus on Diane Lockhart (Baranski) and Lucca Quinn (Jumbo). “Good Wife” creators Robert and Michelle King will write the first episode of the show, but will not be involved beyond that, according to multiple reports. In addition, Ridley Scott will produce the series under his Scott Free Productions banner.

Fans of the show will no doubt welcome the news, as the series finale on May 8 left some with a sour taste in their mouths. In the finale, Alicia (Julianna Margulies) shared a dream sequence reunion with Will (Josh Charles) and closed out the show with a slap heard round the world.

This marks the second original series slated to launch on CBS All Access, with a new “Star Trek” series from showrunner Bryan Fuller expected to premiere on the streaming service in January.

All Access also carries a catalog of CBS shows to watch on-demand. Moonves also predicted that All Access will be a significant driver for the network’s business starting in 2017, and possibly as early as this year.

“It is the future, and we’re right there with it,” he said in February.

'The Good Wife' Is Not Alone: 11 Other Series Finales Fans Hated (Photos)

From “Seinfeld” to “The Sopranos,” even the most beloved of shows can go out with a whimper

Even the most popular shows can disappoint fans with their final installments, TheWrap looks back at other series that went out with a thud.