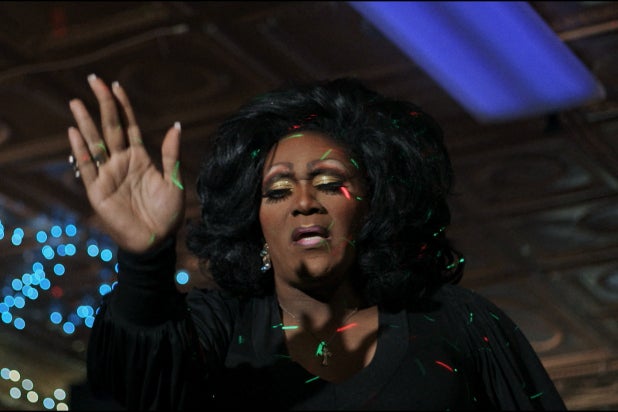 Nestled in the Ozarks of northwest Arkansas is a town called Eureka Springs that those of you living outside the south might never have heard of. A popular regional tourist destination just south of the Missouri border, the purposefully quaint little town in recent years has also staked out an unexpected position as a defiantly pro-LGBT community. In 2014 it became the first city in the state to issue same sex marriage licenses and in 2015 it passed a non discrimination ordinance protecting LGBT visitors and residents.

It’s home to popular drag bars where performers sing gospel songs and patrons with crosses around their necks guzzle booze, alongside honeymooners of all stripes and tourists from surrounding states. And “The Gospel of Eureka,” a new documentary directed by Donal Mosher and Michael Palmieri, takes audiences to this small section of the country to examine its homegrown politics and allure.

Of course we know that there are many openly queer people who are devout Christians, but those are not the images that prevail in pop culture. This is the most significant political statement that Mosher and Palmieri aim to provide audiences, that Christians are not a monolith.

That’s clear just by the personal stories shared by the Eureka Springs residents themselves in various vignettes, from the trans woman who found peace and love when she migrated to the town, to the straight son of a gay father whose mission it is to encourage understanding beginning with the younger generation, to the gay married couple who reminisce over the friends they’ve lost and the longtime love they’ve been able to retain in spite of tragedy. Their narratives unfold as we prepare for the town’s most anticipated event: the annual Passion Play, a theatrical depiction of the trial, crucifixion, and resurrection of Christ.

It’s a lot to absorb in the first 30 minutes of the film, when Mosher and Palmieri go to great lengths to present Eureka Springs as its own religion altogether. But though the collision of images — from the candid backstage conversations of the queer actors in makeup chairs getting ready for the show to their performances at the “hillbillly Studio 54” — are a reminder that Christianity comes in many colors and voices, the town of Eureka Springs still seems quite lacking in terms of its racial demographics. It’s particularly significant, since queer people of color are too often missing from conversations like these that contextualize their stories. So while Eureka Springs highlights religious and spiritual diversity among its queer community, it remains monochromatic. And the filmmakers who are telling their stories are also white.

That’s clearly not what the directors want us to focus on, though. There is rather a compulsion for the audience to wrap their arms around Eureka Springs and give it a big hug. Because “The Gospel of Eureka” sermonizes peace and love no matter who you are, there is almost a manipulative need for viewers to commit to the church of Eureka, because, after all, they’re liberal-minded. (We watch as the residents confront their more conservative neighbors who lobby to outlaw LGBT civil rights, an urgent issue with which many outside this community can stand in solidarity.)

It’s as if Eureka Springs isn’t about religion, but rather is a religion unto itself. Come join us. It’s subtle, but it’s like a friendly knock on your door met with a bottle of cognac and a book of hymns. It’s good-natured and all, but should we still drink it?

This question comes to mind as the movie builds up to the night of the big show. The townspeople gather in the stands to watch the meticulous outdoor production in which Jesus sacrifices Himself. We watch the blood (aka red syrup) drip down his back where He endured lashes, and we see His body rise into the sky when He comes back from the dead. It is a stunning, dramatic, and quite fascinating sight to cap off a 75-minute bid to welcome Eureka Springs as the almighty Other.

But what “The Gospel of Eureka” does best is humanize this small and very specific group of people living on the fringes of the Christian and queer communities. They’re given the space to talk about their lives in their own words, praise the town they love so much, and preach empathy, particularly to those without any. It’s a way to simply say that they exist, and they’ve found their happy place in Eureka Springs, outside a world filled with hate and intolerance.

Mx Justin Vivian Bond sweetly narrates this quaint film that’s also shot by Palmieri, who captures the subtlety of Eureka Springs; everything from its chirping birds to the beaming sun setting over the gigantic statue of Christ on the cross. It’s a warm, at times funny, yet shrewd spin on conservative Americana.