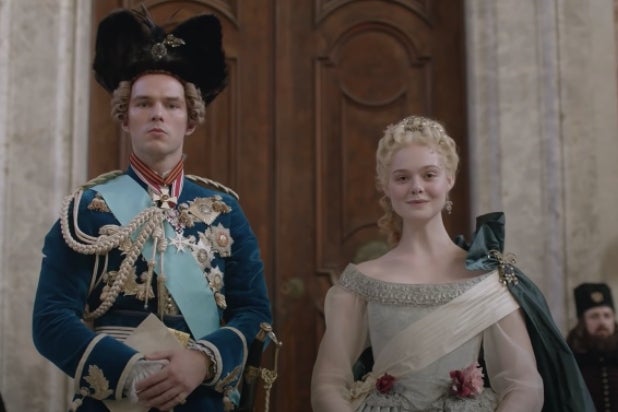 Hulu has given “The Great” a 10-episode season two pickup.

The satirical comedic drama comes from “The Favourite” writer Tony McNamara and stars Elle Fanning as Catherine the Great, the Empress of Russia who lived from 1729 to 1796. Season one debuted on May 15.

The series follows the rise of Catherine the Great from her beginnings as an outsider to her legacy as the longest-reigning female ruler in Russia’s history, with only occasional historical facts, according to Hulu.

Also Read: Hulu in July: Here's Everything Coming and Going

No premiere date has been set yet for season two.

Fanning, at age 22, has established herself as a star of both the big and small screen. She is also known for the 2011 sci-fi monster thriller “Super 8,” 2014’s “Maleficent” in which she played Princess Aurora opposite Angelina Jolie as the title villain, 2016’s horror-thriller “The Neon Demon,” and Sofia Coppola’s 2017 period drama “The Beguiled,” among others.

“The Great” joins a slate of female-driven comedies at Hulu, including “Dollface,” “Shrill,” and the upcoming “Love, Beth” (working title) which will star Amy Schumer.