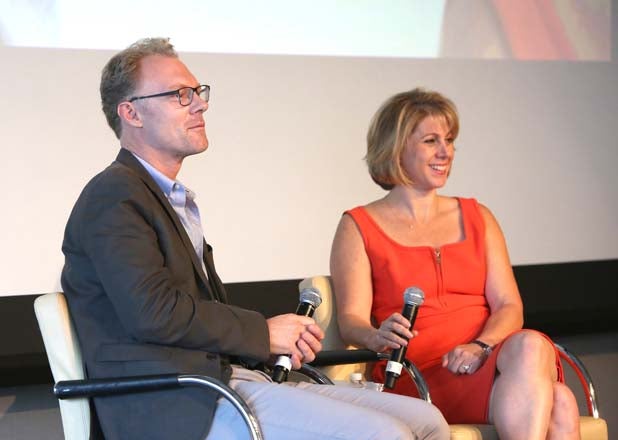 Red Bull has failed if you think its TV shows and YouTube channel are purely a marketing tool for the energy drink. When Dietrich Mateschitz helped create the energy drink category with Red Bull, he also conceived it as a media company that would “create holy shit moments.”

“The vision of the founder is the media business should be as large as the can business,” Werner Brell, managing director of Red Bull Media House North America, said at TheWrap’s Grill conference Thursday in New York.

Red Bull sells 5 billion cans a year, so there are two ways to look at that: Brell is crazy, or there’s a long way to go.

Red Bull has built up a sizable media business over the past few years, beginning with the launch of its magazine, Red Bulletin, in 2007. It has since created a YouTube channel, an over-the-top service and action sports TV series with both NBC and Fox.

The global popularity of Red Bull is indisputable, as 95 percent of the world’s countries recognize the Red Bull brand. Yet Brell described entering the American media market as “scary.”

“It was going into the unknown. It’s one thing to establish this under the brand of Red Bull in the home market,” he said. “In the U.S. it’s daunting to break though.”

The Austrian company has done just fine. Its YouTube channel boasts more then 3.5 million subscribers, Red Bull movies like “McConkey” have screened at film festivals and its over-the-top service will now appear on Samsung TVs worldwide.

Red Bull has established itself as a player in the action sports industry, both as a sponsor and a producer. Music is the next frontier.

The Red Bulletin frequently profiles musicians, such as Pharrell, and Red Bull hosts a series of music workshops every year called the Red Bull Music Academy.
Red Bull TV, the over-the-top service, will be the exclusive streaming provider of the Lollapalooza Music Festival in August.

All of this furthers awareness of the Red Bull brand, but the ultimate goal is to “build a lifestyle brand.”

“The proposition of media house would fail if it’s just a marketing” tool, Brell said.