Here’s another sure sign the rebounding economy has reached Hollywood: A growing problem for today’s content startups is early fundraising.

As in, they’re having too much success at it.

Her fellow panelists in the session titled “Financing Innovation — What’s Working for Investors and Entrepreneurs” agreed that too many good ideas are over-funded early, leading to mission creep and lack of sustainability. 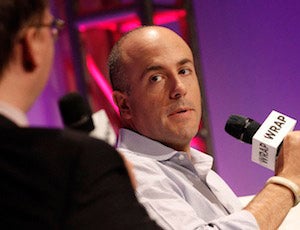 “We’re seeing companies raising hundreds of millions and then looking around at X, Y and Z instead of focusing on what their core business is,” Mike Jones, CEO of consulting and capital incubator Science (left), told the audience at the Beverly Hills Montage.

Settle, whose company has invested in Joyent and Maker Studios, said there’s a certain discipline around raising the “right amount of money” for a certain product – and that in doing so, it’s important to look at least 18 months to two years down the road to be sure the business is scaling in a way that’s commensurate with your investors’ expectations.

“We try to invest in companies that are good at raising money but efficient at spending it,” she said. “A lot of companies are overcapitalized in the early stages. It’s hard enough to stay focused – the best do one thing phenomenally well at one thing with razor focus.”

Another myth of high finance in the entertainment space: That studios are capital-starved, said Daniel Timmons, Bank of America Merrill Lynch senior VP and co-head of its entertainment and industries group.

“They don’t need capital,” Timmons said of major studios. “They have very deep-pocketed parent companies. What they’re looking for is risk mitigation.”

He added: “It makes great headlines to say they’re capital-starved, but what they’re looking for is layers.”

Timmons said Wall Street’s relationship with Hollywood has changed enormously since before the economic crisis, pointing out that disappointing returns from slate-finance deals forced investors to re-think what they’re in them for.

“The Wall Street money has gotten smarter,” he said. “They saw what went wrong in the vintage slates, and they said ‘We’re here to provide capital, but we need a couple of tweaks.’ Some of the requests are logical – others are focusing on sacred cows to the studios, such as distribution fees, which they’re not willing to provide.”

In spite of all the content-creation startups popping up all over Hollywood and Silicon Valley, he said the big banks are still focused on traditional channels of revenue.

“Banks are just inherently conservative. Practically speaking, major studio product is not so impacted by a lot of these emerging platforms. From a banking perspective, it’s all about how can we layer bank debt on top of what’s already there.”

And for investors big and small, particularly when looking at funding startups and smaller ventures, the secret sauce is the same: monetization.

“For us, one of the challenges is that YouTube doesn’t provide enough of a monetization to justify content creation costs,” Jones said.

While Settle agreed, the panel concurred that it’s a reality they’re just going to have to live with.

“This YouTube thing is a real platform,” Settle said. “At one point the people who were looking at it were a lunacy fringe movement. Now it’s a billion people a month. It’s a trend that won’t be put back in the box.”

She added: “It’s very difficult to build a business that’s not built on someone else’s platform. No matter what you do online, you’re pretty dependent on Google.”