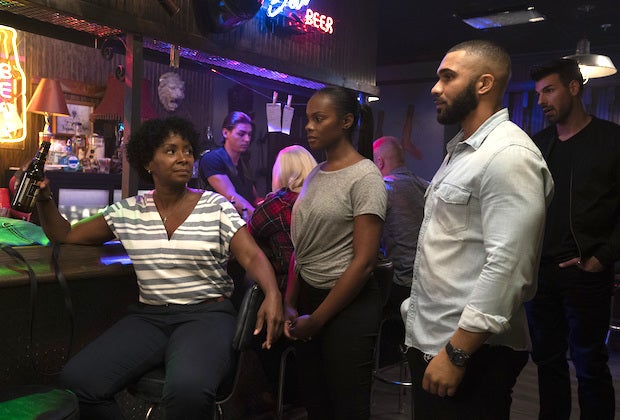 Tyler Perry’s “The Haves and the Have Nots” will conclude with the currently airing eighth season, OWN announced on Tuesday.

The drama, which follows the “complicated dynamic” between the wealthy and powerful Cryer and Harrington families and their employees, is set to air its midseason finale on Tuesday. The final eight-episode run of episodes will begin airing in May.

According to OWN, the final eight episodes will involve “a true-to-life Greek tragedy,” as Judge Jim Cryer (John Schneider) and his rich friends “find out what happens when personal flaws go unchecked.”

“‘The Haves and the Have Nots’ was the first scripted drama we aired on OWN, and to say it took off from the first day it hit the air is an understatement,” Oprah Winfrey said in a statement. “It’s all due to one man’s creativity and very vivid imagination, a man I refer to as my ‘big little brother,’ Tyler Perry. I thank Tyler, the incredible cast, the tireless crew and every single viewer who watched with bated breath each week and tweeted along with us these past eight years. I will be watching alongside you all during this final season.”

“We are so grateful to Tyler Perry, the amazing cast and everyone at Tyler Perry Studios for eight incredible years of making ‘The Haves and the Have Nots’ one of the biggest hits on cable television of the last decade,” added Tina Perry, president, OWN. “The series will forever hold its place in history as the network’s first-ever scripted drama for which we are so proud. We can’t wait for fans to see the juicy storylines Tyler has planned for the final episodes.”