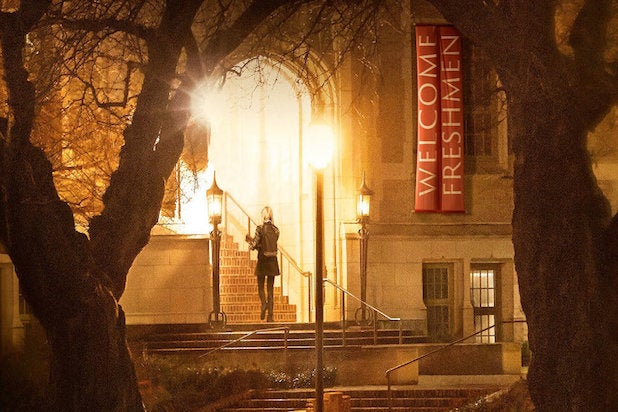 “The Hunting Ground,” Kirby Dick and Amy Ziering’s documentary about rape on college campuses, has been named recipient of the Producers Guild of America’s 2016 Stanley Kramer Award, the PGA announced on Wednesday.

The award goes to a production, producer or individual whose film “illuminates and raises public awareness of important social issues.” Past winners include the documentaries “An Inconvenient Truth” and “Bully” and the narrative features “Fruitvale Station,” “In the Land of Blood and Honey,” “Hotel Rwanda,” “Precious” and “The Normal Heart.”

“The Hunting Ground” is also one of the nominees for the PGA’s award for the year’s best documentary, and is on the 15-film shortlist for the documentary-feature Oscar.

In a statement announcing the award, Producers Guild Awards co-chairs Michael De Luca and Jennifer Todd said, “This year’s recipient of the Stanley Kramer Award, ‘The Hunting Ground,’ truly embodies the spirit, courage and intention of the award’s namesake. This powerful documentary gives a voice to the victims of student sexual assault — a national problem too long clouded in secrecy and shielded from public attention. The visceral reaction this film evokes has mobilized audiences worldwide to take action, and has served as a focal point in campus discussions and in revising institutional policies.”

Also Read: 'The Hunting Ground' Review: A Timely and Thorough Look at the College Rape Crisis

This year was considered a particularly crowded one in which to pick the Stanley Kramer recipient, with a wide range of films about social issues, including “The Danish Girl,” “Beasts of No Nation,” “Suffragette” and “Spotlight.”

The award will be given to Ziering and Dick at the 27th annual Producers Guild Awards on Jan. 23 at the Hyatt Regency Century Plaza in Los Angeles.