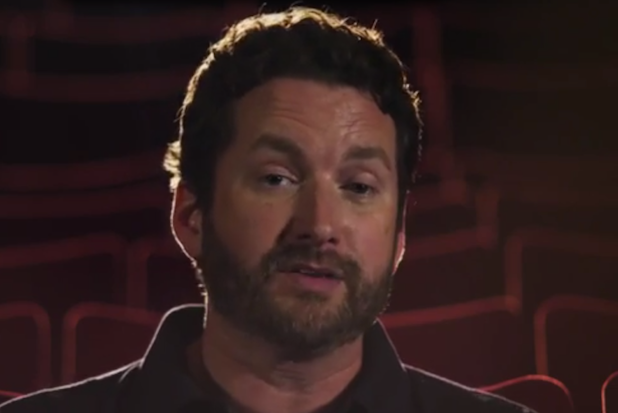 Burnie Burns and his company Rooster Teeth mounted the most successful start to a film campaign in Indiegogo history, raising more than $700,000 in less than a day. They have since crossed the $1 million mark, leaving just one campaign in their sights – “Gosnell,” a feature about abortion doctor Kermit Gosnell.

It raised $2.1 million, $1 million more than Rooster Teeth’s “Lazer Team” has raised after a couple days. While “Gosnell” presents a politically divisive subject that stirs strong emotions from all sides,  “Lazer Team” is a sci-fi comedy made for a different but similarly passionate audience — the gamers that frequent its flagship YouTube channel and website.

Also read: Revenge of the Gamers: Why YouTube Would Buy Twitch (Video)

Rooster Teeth is best known as the production company that makes “Red vs. Blue,” one of the most popular web series in existence. Yet Burns and his long-time partner Matt Hullum have long wanted to branch out into features. “Lazer Team” is the first such effort.

TheWrap spoke with Burns about how they got so many fans to contribute early on, sustaining a crowdfunding campaign and getting into the movie business.

TheWrap: Why make a movie, why this project and why crowdfund it?
Burnie Burns: Historically we are movie guys. I was a computer science student who wanted to learn about making films at the University of Texas. It was right after Robert Rodriguez made ‘El Mariachi,’ proving you could go make a movie and light the indie film world on fire.

I found a film student named Matt Hullum who was interested in making a movie and we made a student film. Then with “Red vs. Blue” we went direct to the audience and built an entire community around shows online. In a way, this is going back to our roots, our core.

You hit your goal in a few hours; what do you do with the extra cash?
We want to be very careful because the audience has been asking. Film production scales so every time we get another dollar the movie gets better.

We can’t put a number out there on a stretch goal and say ‘when we reach X we will hire this person to join the cast.’

“Red vs. Blue” is still your most famous show, but Rooster Teeth now operates a large network of channels. How did you build the business?
Back then we were careful to not make our entire presence online about a single show or person. Most of the online talent and YouTube channels are named after a single person, and that puts a lot of weigh on a single entity to be relevant and interesting over a long period of time.

We made sure we built a brand around ‘Red vs. Blue’ knowing we’d want to bridge people from “Red vs. Blue” to other shows. It’s a strategy that’s worked very well.

You anticipated what everyone is realizing now: you need to be in more places than YouTube.
You don’t just go all-in on whatever the darling platform of the moment is. If we only had a Facebook page, we would have to remark our efforts to find an audience. When we started in 2003, if we invested only in social we would have been worried about how many friends we have on Myspace.

What’s the next step for Rooster Teeth?
We want to make bigger projects and take bigger steps forward. We stay platform-agnostic. Just because we put something in theaters does not mean we will just make productions for theaters. We will keep making content for the Internet.

So, if you could pick, you would put “Lazer Team” in movie theaters?
That’s what we’re aiming for, and what things look like today. By the time we finish production and post, there may be some way to deliver content that we did not think of.

It’s like Indiegogo. We don’t tell the audience how they should support us. We make every avenue possible.

Some people pay for Rooster Teeth, yes?
We have premium membership on Roosterteeth.com. We call it sponsorship, which is a little bit of an outdated term because we have corporate sponsors too.

What do “sponsors” get that others don’t?
If we put up a video, the first ten comments are someone saying ‘first.’ They all want to have the first comment.

We built around that economy of first. The subscription model is based on whoever is a subscriber, they get it first. Subscribers got the first look at the perks for the Indiegogo campaign. If we put up a new perk or stretch goal, we let sponsors know first.

How do you sustain the momentum of the campaign? It seems like a lot of crowdfunding campaigns raise more than half their money in the first day or two.
I want to give a shout out to Freddie Wong. He ran three campaigns, including a successful one on Indiegogo. He was open and willing to help us. I’ve contributed to a lot of campaigns myself. There is this U-shape where there’s a run at the beginning, a lull in the middle and a big run at the end. We are doing things to keep people interested without beating the to death.