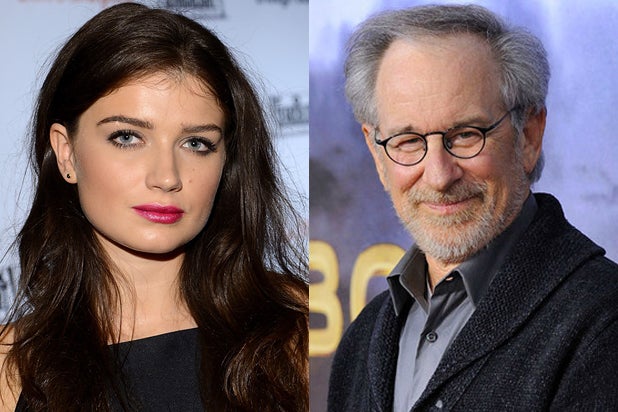 Spielberg is directing from a script by Matt Charman, which was recently rewritten by the Oscar-winning Coen brothers.

The DreamWorks movie is based on the true story of James Donovan, a U.S. attorney who lost his reputation and was branded a communist after defending a Russian spy, only to be asked by the CIA to go behind the Berlin Wall and meet with the KGB to negotiate the release of downed pilot Gary Powers.

Hewson is nearing a deal to play Jan Donovan, Hanks’ daughter who ends up falling for his young law associate.

Spielberg is producing with Marc Platt and Kristie Macosko Krieger, while Daniel Lupi and Adam Somner will executive produce. DreamWorks executive Jonathan Eirich will oversee the project for the studio, which will begin production this fall.

Also read: ‘The Knick’ Gets Second Season Order From Cinemax Before Premiere

Hewson is the daughter of U2 frontman Bono, and she previously appeared in Paolo Sorrentino’s “This Must Be the Place,” Nicole Holofcener’s “Enough Said” and Guillaume Canet’s “Blood Ties.”

On “The Knick,” Hewson plays young nurse Lucy Elkins, who works alongside Clive Owen at a New York hospital.

Hewson is represented by UTA and Brillstein Entertainment Partners.