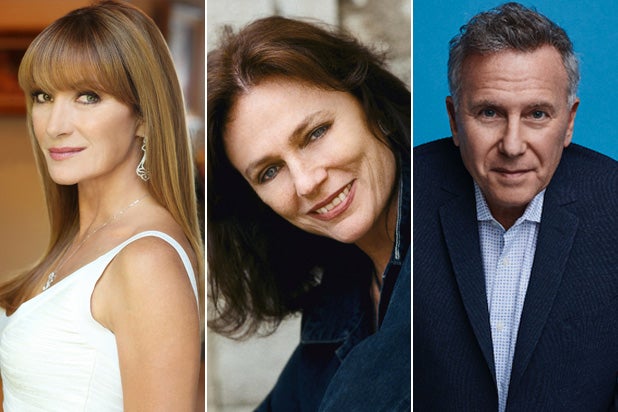 Netflix’s Chuck Lorre comedy “The Kominsky Method” has added a trio of recurring guest stars for its second season.

Seymour will play “Madelyn,” a seventy-something, well-to-do woman who Norman (Arkin) had a mad love affair with in the Sixties before he met his wife. Fifty years later, they meet and start again.

Also Read: 'The Kominsky Method' Renewed for Season 2 at Netflix

Bisset will play “Gabrielle,” Mindy’s (Sarah Baker) mom and Sandy’s (Douglas) French ex-wife who delights in still being able to push the buttons of her ex-husband, while Reiser will play “Martin,” a sixty-something high school teacher who gets romantically involved with Mindy.

The comedy about a former Hollywood star and his longtime agent navigating their later years in Los Angeles is currently in production on an eight-episode second season to premiere on the streamer later this year. In addition to Arkin and Douglas, Sarah Barker and Nancy Travis are also returning as series regulars.

Lorre, Al Higgins and Douglas serve as executive producers on the series from Chuck Lorre Productions and Warner Bros. Television.