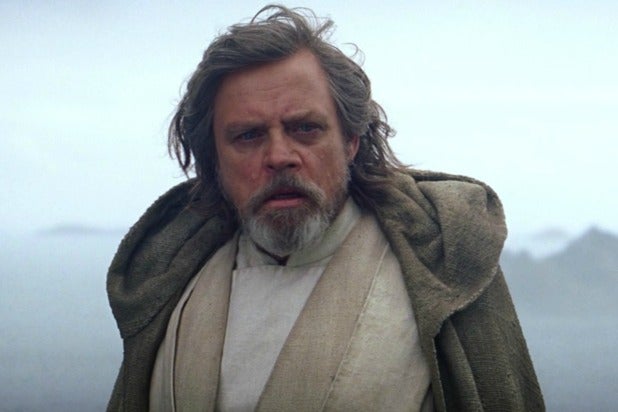 So, here we are. “Star Wars Episode VIII” has a name: “The Last Jedi.”

Because of the new yearly cycle of “Star Wars” movies, the marketing campaign for Episode VIII is just now kicking off with this title reveal — which means we don’t know much, officially, about the movie yet. So were left, for now, to speculate on what exactly “The Last Jedi” means and what it may imply about the plot of the movie. We’ve got a few thoughts on this.

-That titular “last Jedi,” we can comfortably assume, is Luke Skywalker. At least for the moment, he is the last Jedi, though he may not still be the last by the end of the movie. After all, Supreme Leader Snoke in “The Force Awakens” referred to Luke as the last Jedi, establishing that precedent. That movie also ended with Rey showing up on Luke’s secret secluded island, and their scenes together will probably be analogous to Luke and Yoda’s scenes on Dagobah in “The Empire Strikes Back.”

-A lot of folks are fond of pointing out that “Jedi” is both a singular and plural word, but that’s almost definitely immaterial here. Aside from “The Force Awakens” with its inscrutable nonsense title, “Star Wars” movies tend to have pretty straightforward names. What you thought “The Last Jedi” meant when you first read it is probably what it means.

-“The Last Jedi” has very different implications from “Return of the Jedi.” The latter implies a resurgence (which never happened, I should note), and the former implies, obviously, a sort of finality. How I read that is maybe the Jedi really are over, and instead it’s time for something new. Maybe Rey won’t become a Jedi, but rather something else.

-Following on that idea, I’d also guess that Luke is not going to survive this movie. This new trilogy is intended to pass the torch onto the new generation of characters, and the first stage of that was Han Solo taking Rey under his wing and then getting killed in the last one. This year, Luke gets to take her under his wing — and with the precedent set by “The Force Awakens,” it wouldn’t be a surprise to see Luke get offed next. Especially given that “The Last Jedi” title.

-On the other hand, the death of Carrie Fisher may have thrown a wrench in that plan. Word was Fisher was supposed to play a big part in Episode IX, but it could be that the role of General Leia Organa will be played by Luke Skywalker instead.

This is, of course, all speculation at this point. If you’ve got any other thoughts about what “The Last Jedi” could tell us about what the Star Wars universe has in store for us this year, drop them in the comments.