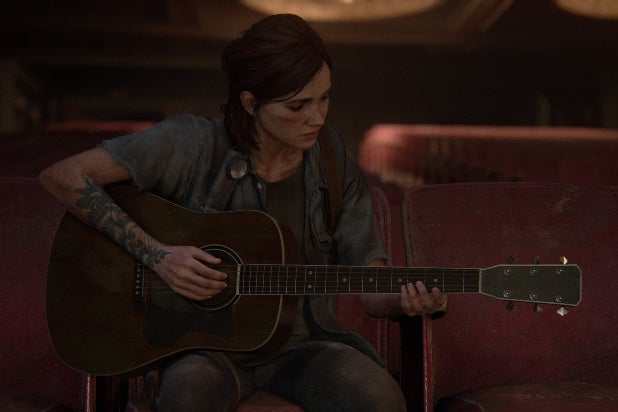 For a long stretch in the middle of “The Last of Us Part 2” it felt like Naughty Dog, the studio that created the series, had found its rhythm. The story really starts to move, the character interactions work really well, and the completely unnecessary crafting mechanics stop feeling so intrusive. For a couple hours, I thought that maybe this was one of those rare times when a sequel to a beloved game is actually a meaningful improvement over its predecessor.

But that feeling didn’t last. Shortly after I started having all those positive thoughts, the game took a turn that was so ineffective from a storytelling perspective, and so annoying from a gameplay perspective, that I no longer wanted to play it. And that’s the story of my experience with “The Last of Us Part 2.”

It’s more or less impossible to sell you on what my issue was without sharing spoilers or going into other details that Sony asked critics to not discuss before the game is out. But just know that this is a game that simply refuses to be what it should be. What it so desperately wants to be. It trips over its own feet at every opportunity.

Also Read: 'Uncharted 4: A Thief's End' Review: One Final Step Back for the Disappointing Franchise

“The Last of Us Part 2,” as you no doubt are aware, is the follow-up to the 2013 original that was set amid a zombie apocalypse in which the zombies are humans infected with a brain-destroying fungus, and middle-aged Joel (Troy Baker) has to safeguard a teen girl, Ellie (Ashley Johnson) during a journey across the country. The reason for that journey: Ellie is immune to the zombie plague, and some folks are hoping to develop a cure or vaccine from her blood. But it turned out that the procedure required to develop a medical defense would kill Ellie. So Joel reclaimed Ellie and killed so many still-living people on his way out.

This sequel picks up five years later, with Joel and Ellie living in an enclave in Jackson, Wyoming. Some folks from out of town show up, cause a very dramatic stir, and the setting moves to Seattle, where our heroes stumble into a war between a pair of huge local factions.

“The Last of Us” was hailed by many back in 2013 as a landmark of video gaming as storytelling. I take issue with that somewhat — it was too much of a video game to be a narrative heavyweight to anyone who isn’t a gamer. Joel and Ellie were compelling characters to build the story around, but the story itself is pretty standard stuff delivered in a pretty standard way.

“The Last of Us Part 2” isn’t any different in that regard. The characters are good, and the story is fine. I’ve watched ten seasons of “The Walking Dead” at this point, okay, and this game really just feels like it could have been another season of that show. This is not a story that really even tries to separate itself from the zombie story template that we’re so used to.

“Actually, the real monsters are people” is a joke I’ve made innumerable times over the past seven years because it’s a trope that writers in fiction media continue to exploit over and over again. “The Last of Us Part 2” might be the pinnacle of the cliche, going so hard on it for so long it that I thought I was losing my mind.

This game is already extraordinarily long for a title like this, and much longer than any of Naughty Dog’s “Uncharted” games or the first “Last of Us.” That in itself is an issue, because the story isn’t dense enough to support that length. But even worse is that it’s only as long as it is because director Neil Druckmann and co. delivered the most exhausting “actually, the real monsters are people” screed that I’ve ever experienced. Every aspect of this pointlessly long story is built around it.

Further padding the length is the crafting mechanics — everywhere you go, you’ll spend a few moments scouring the room for stuff you can use to make med kits or molotov cocktails or whatever, because if you don’t then you’re gonna have an extra difficult time getting through your encounters with baddies. And even when you’re in a part of the story where there’s a time crunch, you’ll have to keep doing this, because scrounging crafting ingredients is as much of a core element as stealthily stabbing zombies is.

That’s a bad thing, but it’s the kind of thing I was referring to above when I said that the first game was too much of a video game to work all that well as a piece of storytelling. The video game stuff in “The Last of Us Part 2” gets in the way of the storytelling stuff. This has been an issue for decades for this medium, and Naughty Dog has done nothing to address that fundamental flaw here.

With the story also refusing to get out of its own way thanks to its obsession with the most common of zombie tropes, I can’t help but conclude that “The Last of Us Part 2” is a worse experience than the original game in every way that truly matters to me. Sure, they ironed out some of the gameplay to make it a smoother experience, but that doesn’t even begin to make up for its major missteps.

So, yeah, “The Last of Us Part 2” delivers a solid stealth/action experience. It’s got characters I like and care about. And it looks really, really nice. But lots of games have a solid gameplay experience and good characters and pretty graphics.

“The Last of Us Part 2” is supposed to be more than that. And it isn’t.

“The Last of Us Part 2” will be released exclusively for the PlayStation 4 on June 19.