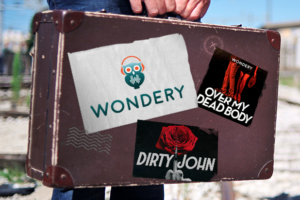 ‘The Lion King’ Could Compete for the Best Animated Feature Oscar – But Will It?

The last time director Jon Favreau was given the choice of submitting a CG remake as an animated film, he opted not to

The shorthand description for Disney’s new movie “The Lion King” is that it’s yet another live-action remake of one of the studio’s animated classics.

But even director Jon Favreau admits that his new version of “The Lion King” only looks like a live-action movie. In fact, it’s every bit as animated as the 1994 original, except that it’s animated by visual-effects artists working in the computer rather than Disney artists with hand-drawn cells.

And that means that if Disney wanted to enter it in the Academy Awards race for Best Animated Feature, it would definitely qualify and would be going up against the Disney-owned Pixar Animation Studios’ “Toy Story 4,” which came out in June, and to Walt Disney Animation Studios’ “Frozen 2,” which will be out in November.

(Since “The Lion King” was made under the auspices of Walt Disney Studios rather than Disney Animation, it would also mean that three separate Disney companies would be competing for the award.)

Disney did not respond to TheWrap’s questions about whether it was planning to enter “The Lion King” in the Oscar animation race, though some individuals close to the studio expect it not to do so.

Favreau’s previous remake of a Disney animated classic, 2016’s “The Jungle Book,” could have qualified as an animated film as well. Its main character, Mowgli, was a live-action performance by young actor Neel Sethi, but all of the other major characters were computer-animated jungle animals voiced by Bill Murray, Ben Kingsley, Idris Elba and others.

At the time, according to a person with knowledge of the discussions, Disney gave Favreau the option of submitting the film for animation awards, and he chose not to do so. The film won the Oscar for Best Visual Effects, the only category in which it was nominated.

It was also nominated by the Annie Awards, the chief prize devoted to animation, in the Character Animation in a Live-Action Production category, but not in any categories devoted to animated films.

When Favreau hosted a group of journalists during the production of “The Lion King,” he was asked if it was an animated film. He admitted that it was hard to classify, saying that it was not live-action because it didn’t use cameras to capture real animals and because “everything is coming through the hands of artists.” But, he added, “To say it’s animated, I think, is misleading.”

Still, “The Lion King” could easily qualify for animation awards if the studio and the filmmakers submitted it that way. This is the definition of animated film in the Academy’s official rules for the 2019 Oscars:

“An animated film is defined as a motion picture in which movement and characters’ performances are created using a frame-by-frame technique, and usually falls into one of the two general fields of animation: narrative or abstract. Some of the techniques of animating films include but are not limited to hand-drawn animation, computer animation, stop-motion, clay animation, pixilation, cutout animation, pinscreen, camera multiple pass imagery, kaleidoscopic effects created frame-by-frame, and drawing on the film frame itself. Motion capture and real-time puppetry are not by themselves animation techniques … In an animated film, animation must figure in no less than 75 percent of the picture’s running time. In addition, a narrative animated film must have a significant number of the major characters animated. If the picture is created in a cinematic style that could be mistaken for live action, the filmmaker(s) must also submit information supporting how and why the picture is substantially a work of animation rather than live action.”

Step by step, “The Lion King” fits all of those requirements. It does use a frame-by-frame technique; it is narrative; it makes use of computer animation; the animation figures in virtually all of the movie, except for a single shot; all of the major characters are animated.

So it has a way to qualify for animation awards — but for now, it does not appear to have the will to do so.