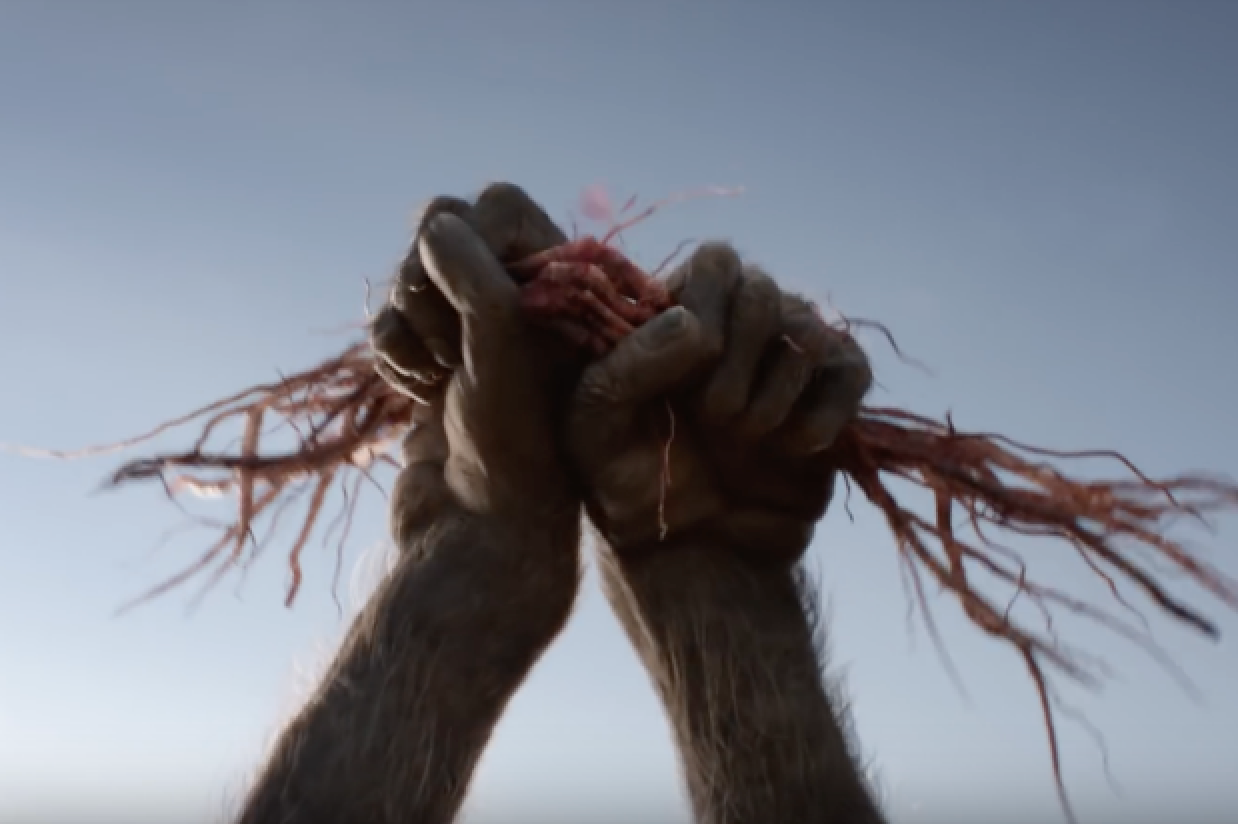 Rarely does a Hollywood film provoke a philosophical debate like the “The Lion King.” It’s a blockbuster, yes. But many critics aren’t sure it should exist.

No one disputes that the film exists to make money. And most consider it an impressive technological achievement. But the question is whether the movie — which closely retells the same story as the 1994 “The Lion King,” but with photorealistic computer-generated animals — contributes anything new to the world, like the original film did.

“The new “Lion King” has every reason to exist in fiscal terms. It has no reason to exist as a movie we might take with us into our futures,” Michael Phillips says in the Chicago Tribune.

Also Read: Does Disney's 'The Lion King' Remake Have a Post-Credits Scene?

“If the film feels a little airless for all that open space, maybe it’s because the movie’s CG is so elaborately, meticulously made that it doesn’t leave much room for the spark of spontaneity,” Leah Greenblatt writes in EW. “Another reboot was never terribly necessary, maybe — but it’s good, still, to be ‘King.'”

Other critics who discussed whether the film should exist include The AV Club‘s A.A. Dowd, who isn’t sure, and Mike Ryan of Uproxx. Ryan noted that the film is likely to delight children, at least in places, and that that alone may be justification for the film’s existence.

Currently “The Lion King” has a very divided 53% on Rotten Tomatoes, but it has an 89% audience score, and earned an A rating from CinemaScore. Recent Disney live-action remakes like “Aladdin” (56%/94% audience score) and “Dumbo” (46%/51% audience score) found critics similarly lukewarm.

A representative for Disney did not immediately respond to a request for comment. But many moviegoers voted in favor of the film’s existence with their wallets.

The film pulled in more than $190 million domestically, an impressive haul. The 1994 “Lion King” remains the highest grossing G-rated film of all-time, and when “The Lion King” was re-released in 3D in 2011, it brought in $94.2 million at the domestic box office. It is the highest grossing 3D re-release of all time. It also spawned a long-running and beloved Broadway musical, and popularized ideas like the Circle of Life and “hakuna matata,” a philosophy of “no worries.”

The new film reintroduces those ideas — with Hans Zimmer’s score and Elton John’s soaring songs — but only to people who didn’t catch the original “The Lion King.” Because the film closely follows the original’s plot beats, the story hasn’t substantially evolved.

Or, as Justin Chang put it for the Los Angeles Times: “This new ‘Lion King’ turns out to be a dead-eyed Stepford safari of a movie from which all personality and cinematic vitality appear to have been drained away, until only its cold technological ambition remains.”

Holly Willis, a professor of cinematic arts at the USC Cinematic Arts school, said some of the resistance to the new “The Lion King” may come from a sense that it doesn’t contribute anything new, beyond technology.

“They’re trying to redo it but with this new technology that is so threatening to people. They’re trying to say, ‘Here’s your favorite movie…but better!’ It’s an interesting move to an industry trend that what we’re doing is not so disruptive, but we can take something that you love and make it better,” Willis told TheWrap. “We keep pretending that the things we’re looking at are photos, but they’re not. They’re data. And the world that we live in is an increasingly data-oriented world.”

But Disney’s technology faces a bit of a Catch-22: If the studio had tried to introduce both new technology and a new story, she said, audiences might have felt overwhelmed.

“They’re trying to ensure that people won’t feel threatened because they’re returning to something that’s very dear,” Willis said. “And in terms of the technology, it is in some ways very scary to us as a culture, and I think it’s a little bit unnerving.”

Also Read: 18 Live-Action Disney Movies in the Works After 'The Lion King' (Photos)

All that said, “The Lion King” does exist, and soon, so will other live-action remakes of Disney properties, including “Mulan,” “The Little Mermaid” and “Lady and the Tramp.” The latter will feature real dogs.

“The new ‘Lion King’ isn’t a disaster. It’s a lesson,” Vanity Fair‘s K. Austin Collins writes. “It’s a lesson in why we value animation in the first place. We value it for, well, its animated nature: as a medium to convey emotions that are bigger onscreen than in real life, and exaggerated expressions, flights of fancy, a complete rejection of physics. But this film favors technological wizardry over its story — and its songs.”