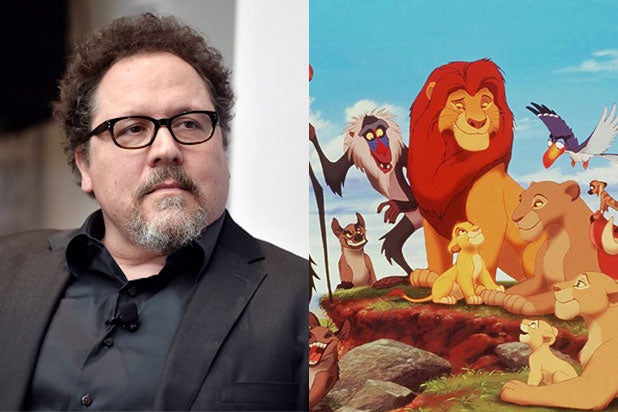 After the success of Jon Favreau‘s “The Jungle Book,” the director is teaming up with Disney to create a live-action version of “The Lion King,” the studio announced Wednesday.

No release date has been announced yet for “The Lion King” or the sequel to “The Jungle Book,” which was announced in April.

1994’s “The Lion King” is one of the biggest animated films of all time, having grossed $968.8 million globally over its lifetime. It won an Academy Award for the original song, “Can You Feel the Love Tonight,” as well as its original score by Hans Zimmer.

“The Jungle Book” was a smash hit, earning $965.8 million worldwide after it hit theaters in April. Other Disney live-action films based on iconic properties include “Maleficent,” “Cinderella” and next year’s “Beauty and the Beast,” starring Emma Watson as Belle.

Earlier this month, Favreau was recruited to return to the Marvel Universe in the upcoming “Spider-Man: Homecoming” as Happy Hogan. Another Marvel project seems to be in the works for Favreau: Robert Downey Jr. posted a photo to Twitter earlier this month that features the actor along with “Avengers: Infinity War” directors Anthony Russo and Joe Russo, Favreau and Tom Holland, celebrity chef Roy Choi, and Marvel Studios president Kevin Feige.

Favreau can also be next seen as an actor with frequent collaborator Vince Vaughn in “Term Life.”

Favreau is repped by CAA.