When Alessandro Nivola first read the script for “The Many Saints of Newark,” he was sent only a handful of scenes.

“Sopranos” creator David Chase is notoriously protective of his stories, and Nivola didn’t realize those scenes were for the film’s star.

What’s more, Nivola hadn’t seen “The Sopranos,” so it wasn’t until much later that he realized he’d be playing Dickie Moltisanti, a gigantic figure in “Sopranos” lore. 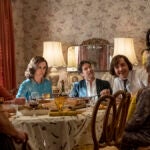 Also Read:
‘The Many Saints of Newark’ Divides Critics: Captures That ‘Sopranos’ Magic But Overstuffed With Callbacks

In speaking with TheWrap, Nivola discussed how he made sure he lived up to the moment.

“I hadn’t watched it. I was a young, out-of-work actor in New York when it started, and I didn’t even have cable,” Nivola told TheWrap, adding everything changed when he got a hold of the full script. “Lo and behold, it was an absolutely monumental role. The stakes went through the roof at that point for me.”

Despite a long career with some memorable roles in films like “American Hustle,” “Disobedience” and all the way back to “Face/Off,” Nivola, 49, realizes he’s having something of a late-career breakout with “The Many Saints of Newark.” 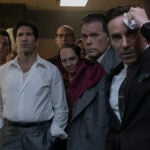 In fact, Nivola even joked that he recently counted 12 different movies in which he starred or had a major supporting role, acting alongside the likes of Christopher Walken, Sharon Stone, David Oyelowo, Rachel Weisz and more, only for those films to never get a proper theatrical release or anything near the wide release that “Many Saints” will receive. He said that one film, 2017’s “One Percent More Humid,” even won him the Best Actor award at the Tribeca Film Festival, only for it to fade away with a digital-only release.

“In my 25 year film career, I’ve never had this opportunity to headline a big Warner Bros. movie that was going to get this kind of attention. It was obvious to me what a huge opportunity this was,” he said. “It’s not that I haven’t had a great career, and that I’m proud of it. But there’s been a lot of heartbreak there, too.”

But the role of Dickie Moltisanti was a first for Nivola in another way. Nivola said this is the first instance in which he’s played a wholly Italian American character, a role in which he could channel the mannerisms and gestures of his grandfather and father, both of whom spoke Italian in his household growing up. And it gave him a chance to investigate his own father’s experience as a first-generation American and what it would be like to grow up in that household.

“The fact that I had this unsayable Italian name has been nothing but an obstacle for me throughout my whole career, and finally, my late-break career-defining role has no doubt come my way, at least in part, because of being called that,” Nivola joked.

Nivola spent six months drilling his lines with a dialect coach, working to make sure that the thick Jersey accent of Dickie didn’t feel like an “SNL parody.” 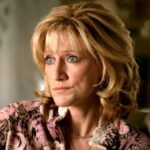 But it also improved his process enormously, something he was inspired to do after working closely in three movies with Robert De Niro and seeing how well he knew his material.

“I used to be afraid of learning my lines too well because I felt like I would get stuck and rote in reading things. And after three times of working with De Niro, seeing how incredibly well he knew his lines even months before we started, it might be a good idea,” Nivola said. “So I used the dialect coaching sessions to just keep reading through these scenes. I got through the whole script a few times every week. I could just try a million different scenes and ways of talking and experimenting in an unpressured environment. By the time we started shooting, I knew the script top to bottom, I could just rattle it off to you in minutes like a play. That was totally liberating to me once we got into shooting the scene.”

Nivola in “The Many Saints of Newark” portrays Moltisanti, who is a mentor figure to a young Tony Soprano right as Newark is undergoing race riots in the ’60s and years later as the glory days of the mob are starting to fade. He describes the film by director Alan Taylor and “Sopranos” writer Chase as one that doesn’t play with a strictly linear narrative, revealing over time the “cycles of family violence and childhood trauma” that define the characters and become impossible to escape.

“I see it like a spider web, and as you start to approach the end of the movie, there’s this picture that takes shape in this web of multiple stories interweaving,” Nivola said. “You just start to feel the weight of sadness of how our experience when we’re young come to define us and how tragic that can be. But like a lot of movies that are tragic or that are revealing about the human condition, I feel like there’s something uplifting about that, even though there are things that are hard to take about it.”

The good news through all of this is that Nivola didn’t have to carry the burden of the film alone. He also shares the screen with Michael Gandolfini, who is taking on the role of a young Tony Soprano and stepping into the shoes held by his late father James Gandolfini. The two have a father-son bond throughout the film that carried over into their own meetings, which began well before filming started as they regularly hung out at a diner in Brooklyn. 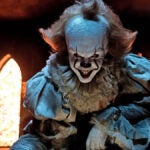 “We both felt a lot of pressure on us because he was having this first career breaking role and I was having a crack at a big break well on into my career,” Nivola said. “I think we kind of bonded over the feeling. We were almost laughing at how much pressure was on both of us. So by the time we started filming, I really had a kind of filial affection for him. David Chase is a very unsentimental guy. He doesn’t write those scenes with the guys saying ‘I love you man.’ You just have to feel that instinctively as an audience. I’m grateful we had that time together, because I think our rapport, it was just there without having to saying anything.”

“The Many Saints of Newark” opens Friday in theaters and on HBO Max.