If you’re getting a sense of deja vu, it’s because the first trailer for “The Matrix Resurrections” has Keanu Reeves re-living his old life, not as Neo, but as John Anderson, just waiting to take the red pill once more and discover again that the world around him is not what it seems.

The much-anticipated fourth film in “The Matrix” saga however does see Neo remembering remnants of his old life, recalling to his therapist strange dreams in which he gave his life to save humanity and liberate them from machines that have turned their entire existence into a digital simulation. He even meets his former love Trinity and gets the vague feeling that they’ve met before.

The trailer for “The Matrix Resurrections” was first seen by the crowd at CinemaCon in Vegas last month. But in the time since, Warner Bros. relaunched the “whatisthematrix.com” website that famously teased the first “Matrix” movie way back in the ’90s. 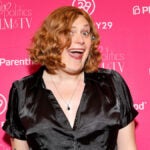 Curious audiences are presented with Neo’s same choice of picking the red or blue pill, and either selection features a different trailer, with new glimpses of images each time, and it even knows the exact time of day that you’re watching the video.

In addition to Keanu Reeves as Neo, Carrie Anne Moss is reprising her role as Trinity. Yahya Abdul-Mateen II is taking on a mysterious role that looks like another version of Morpheus. And the film also stars Neil Patrick Harris, Jessica Henwick, Jonathan Groff, Jada Pinkett Smith and Daniel Bernhardt.

Lana Wachowski (though not her sister Lily) is returning to direct “The Matrix Resurrections,” which Warner Bros. Pictures and Village Roadshow are releasing the film both in theaters and on HBO Max on December 22. 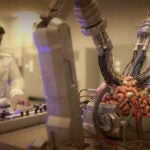 Also Read:
‘A Glitch in the Matrix’ Director on Why Questioning Reality Became Such a White Male Thing (Video)