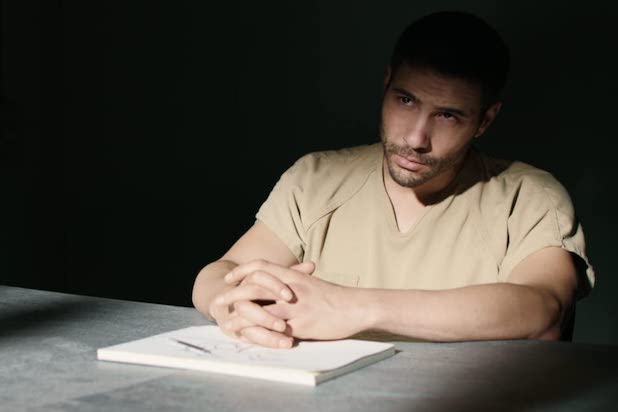 One of 2021’s most honored films — nominated for five BAFTAs and a Critics’ Choice award, as well as the winner of a Golden Globe — and which features a star-studded cast including two-time Academy Award winner Jodie Foster and Benedict Cumberbatch, will be conspicuously absent in this year’s Oscars. “The Mauritanian” is the true story of Mohamedou Ould Slahi (played by Tahar Rahim), a Guantanomo prisoner suffering torture and isolation in the Kafka-esque nightmare of the military prison.

The film also shines a light on the battles of the lawyers working for his freedom (Jodie Foster and Shailene Woodley), as well as Lt. Col. Stuart Crouch (Benedict Cumberbatch), a Marine lawyer charged with keeping Slahi incarcerated but wrestling with his Christian faith and the morality of the job he has been asked to do. The film is one of the first to honestly reckon with our nation’s role in violating international law, legalizing torture, and desecrating the Constitutional values we say we hold dear in the post-9/11 fervor.

I visited Guantanamo Bay in 2007 to assess living conditions. Upon arrival, I was explicitly instructed not to speak to any of the prisoners, some of whom had been held without charges for years. They paced back and forth like nervous animals in a zoo, some with faces pressed to the glass, their eyes looking far away. The military insisted that they were being fed well and provided religious material, a Quran, and a prayer rug, but they had been deprived of their humanity. Like the infamous Manzanar Japanese internment camp before it, Guantanamo should not only be closed, but it needs to serve as a reminder of a time to which we should never return. “The Mauritanian” highlights this point — but by shutting out the film for Oscar nominations the Academy of Motion Picture Arts and Sciences missed an opportunity to shine a light on the issue.

This is not an issue of representation. In fact, we are proud of the work that MPAC’s Hollywood Bureau has done collaborating with industry leaders to increase stories by and about Muslims. We are excited that this year’s Academy Awards nominees include Riz Ahmed and Steven Yeun, the first Muslim and the first Asian American respectively to be nominated in the Best Actor Category.

The 2021 nominees in total have been hailed as one of the most diverse groups in the history of the awards, for which the Academy deserves credit. But representation is of little good when the truth of our experience is ignored. The Muslim community worldwide has been vilified on film for years, but particularly since 9/11. The trauma that Muslims have faced at the hands of not only street-level bigots, but by the national defense apparatus of this nation is incalculable. The Academy has struck a chord in the past when honoring stories about the injustices of slavery or gender discrimination, but it continues to turn a blind eye to the suffering of a people that have been part of the fabric of American since the Revolutionary War.

For Muslims, this omission is not a surprise. We have absorbed the shocks of stereotypes for decades — the terrorist, the savage who has to be civilized, the existential threat to America. Films like “The Mauritanian” tell our story as we have lived it, a point of view that is sorely missing from American film and culture generally. While it is too late for the Academy to recognize this important work, it is incumbent upon all of us to ensure that films like it continue to be produced and that these stories are told. The Academy might be able to ignore one film, but it cannot ignore reality.

BIO Salam Al-Marayati
Nationally recognized for his commitment to improving the public understanding of Islam and policies impacting American Muslims, Salam Al-Marayati is president and co-founder of the Muslim Public Affairs Council. Follow him on Twitter at @salamalmarayati

Nationally recognized for his commitment to improving the public understanding of Islam and policies impacting American Muslims, Salam Al-Marayati is president and co-founder of the Muslim Public Affairs Council. Follow him on Twitter at @salamalmarayati