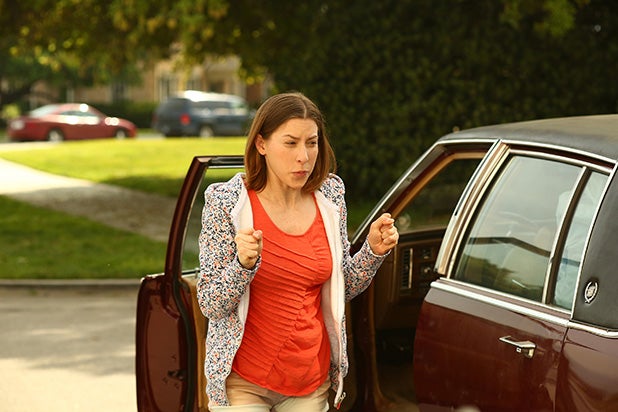 The Sue-centric spinoff of ABC’s “The Middle” is heading toward the pilot stage, according to star Eden Sher.

A script from “The Middle” co-creators Eileen Heisler and DeAnn Heline is in the works, and the network is preparing to shoot a pilot, Sher said in an interview with TVLine at San Diego Comic-Con on Thursday.

As TheWrap reported in May, ABC was in development on a Sher-led spinoff shortly after the single-camera comedy wrapped its nine-season run, though at the time no deals were in place. ABC declined to comment on the current status of the spinoff.

The series finale showed a flash-forward revealing that Sue Heck (Sher) would eventually be married to next-door neighbor Sean Donahue (Beau Wirick), but Sher told TVLine that it’s unlikely she’ll be married in the spinoff.

“I don’t think it would take place then. It would be somewhere in between the end of the show and that,” she said.

Premiering in 2009, “The Middle” starred Patricia Heaton and Neil Flynn as a middle-class couple raising their three kids in the fictional town of Orson, Indiana. Charlie McDermott and Atticus Shaffer also starred.

The single-camera comedy was a reliable performer for the network, which recently lost its most-watched show, “Roseanne,” after its star tweeted a racist comment about a former Barack Obama aide. Should it go to series this season, it would be the second comedy spinoff at ABC, joining the “Goldbergs” offshoot “Schooled.”