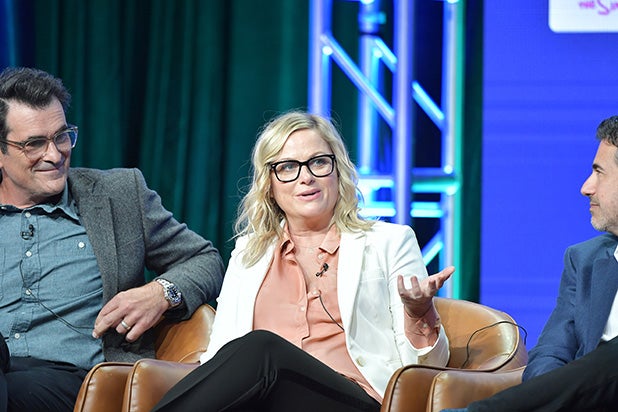 NBC has given a put pilot order to the thriller “The Mother-in-Law,” based on the 2019 novel by Sally Hepworth.

To be adapted by “The Path” creator Jessica Goldberg, “The Mother-in-Law” is described as “an unexpected thriller centered around a woman’s complicated relationship with her husband’s family that ends in death. A gripping mystery that explores motherhood, class, race and how dangerous family secrets can be.”

Amy Poehler and Kate Arend of her Paper Kite Productions banner will executive produce the project, as will Hepworth and Dave Becky of 3 Arts Entertainment. Universal Television, where Poehler has an overall deal, is the studio.

Poehler currently stars alongside “Modern Family’s” Ty Burrell in the animated Fox comedy “Duncanville,” which she co-created with Mike and Julie Scully.