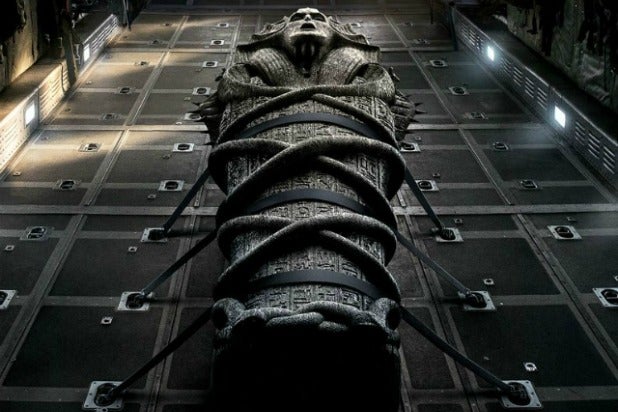 Universal is bringing back its monsters and giving them the expanded cinematic universe treatment. And first up in its new batch of related action movies with classic silver screen horrors is the Tom Cruise-starring reboot, “The Mummy.”

The first entry into Universal’s “Dark Universe” introduces a few elements that will undoubtedly be a thing later on. There’s not only the ancient cursed undead baddie the name implies, but also a secret group dedicated to destroying evil, led by Dr. Henry Jekyll (Russell Crowe) of “Jekyll and Hyde” fame.

Often cinematic universe movies that have more films to tease on the way will include post-credits scenes (known as “tags”) that lead to the next film. So do you need to wait after the conclusion of “The Mummy” for one more monster-filled scene, or are you free to stretch your legs?

The answer for “The Mummy” is that you can make for the restroom — there’s no post-credits scene at the end of the film. But that doesn’t mean “The Mummy” doesn’t include some suggestion of future Dark Universe movies that’ll build off its cursed mythos.

Spoilers beyond this point, so if the only thing you’re here for is to find out the answer to whether this movie has a post-credits scene before heading to the movie, better close this page now.

Also Read: Critics Curse 'The Mummy' as 'Bland' and 'Mechanical'

For real, though, spoilers are directly below.

The movie closes with Cruise’s character, Nick Morton, riding off into the desert with Vail (Jake Johnson) in search of a cure for the mummy’s curse. There’s some discussion between Jekyll and Jenny Halsey (Annabelle Wallis) about what will happen to Nick and what he’ll do with the creature he’s become.

Essentially, it seems that Nick is the new mummy, and he could potentially be both a hero and a literal monster.

Outside of showing the audience that Nick is still at large, there’s still Dr. Jekyll and his Mr. Hyde problem to consider, and the continuing plans of his secret society of monster fighters. We saw at Jekyll’s headquarters that he’s had some success — among his trophies are the hand of the Creature from the Black Lagoon and the skull of a vampire. We can expect both to show up at some point. Unfortunately, it’s not clear just when yet.