The 2017 “The Mummy” reboot box “was probably the biggest failure of my life,” its director, co-writer and producer Alex Kurtzman said of the Tom Cruise box office bomb, but one that ultimately improved his skills as a filmmaker.

In a Friday conversation on the “Bingeworthy” podcast, Kurtzman — who is now helming Showtime’s sci-fi series “The Man Who Fell to Earth” — reflected on the critical and commercial disaster, which was originally set to launch Universal’s cinematic Dark Universe. While he is set to produce a slew of films — including “Now You See Me 3,” “Van Helsing” and several untitled classic projects about Dracula, Frankenstein and the Hunchback of Notre Dame — he hasn’t directed a feature since 2017.

“I tend to subscribe to the point of view that you learn nothing from your successes, and you learn everything from your failures,” Kurtzman said. “And that was probably the biggest failure of my life, both personally and professionally. There are about a million things I regret about it, but it also gave me so many gifts that are inexpressibly beautiful. I didn’t become a director until I made that movie, and it wasn’t because it was well directed — it was because it wasn’t.” 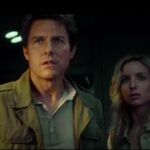 Although Kurtzman doesn’t go into deal about why it was “brutal” or why he has labeled it “probably the biggest failure of my life,” he has good reason to feel that way. In the US, it faced a disappointing opening of $32.2 million on a $160 million budget, forcing Universal to rely on overseas markets to help push it into the black. Overall, it grossed $80.2 million in the US and Canada and $329.8 million in other territories.

Critically, it was called “bland,” “mechanical” and “an irredeemable disaster from start to finish.” In its review of the movie — which also stars Sofia Boutella, Annabelle Wallis, Russell Crowe, Jake Johnson and Courtney B. Vance — TheWrap called the action-adventure a “chaotically unappealing reboot” and “epic monstrosity.”

Despite the failure, Kurtzman — who had previously worked as a writer on features like “The Amazing Spider-Man 2,” “The Legend of Zorro” and “Transformers” — said he looks back on the experience “with gratitude.” 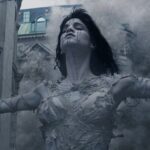 “And as brutal as it was, in many ways, and as many cooks in the kitchen as there were, I am very grateful for the opportunity to make those mistakes because it rebuilt me into a tougher person and it also rebuilt me into a clearer filmmaker,” he said. “And that has been a real gift and I feel those gifts all the time because I’m very clear now when I have a feeling that doesn’t feel right — I am not quiet about it anymore.”

He concluded, “You can’t get to that place of gratitude until you’ve had that kind of experience…It took me a while to get there, but my life is better for it.” 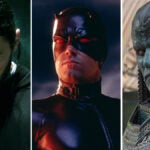