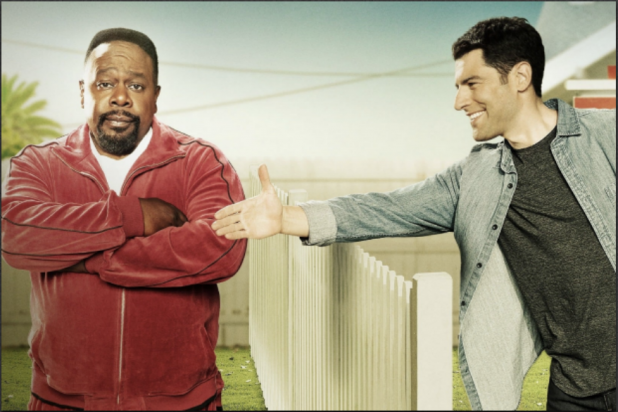 CBS’s “The Neighborhood” is a lot more ambitious than your typical laugh-track sitcom: The story of a white family moving into a black L.A. neighborhood addresses racism head-on in its very first episode.

We talk about it at length in the “Low Key” podcast, in which we look at subtle messages in pop culture, often through a racial lens. You can listen on Apple or right here:

Also Read: 'The Neighborhood' EPs, Stars on All Those Title Changes and Recastings: 'There Was an Imbalance'

Co-hosts Aaron Lanton, Keith Dennie and I have some thoughts on the elements that need improvement on the show, which stars Cedric the Entertainer, Tichina Arnold, Max Greenfield and Beth Behrs. We also see signs that the episode is making big strides in its second episode, which centers around a flooded basement — and lots of wigs.

The third episode of the show, created by Jim Reynolds, airs tonight. On the show, Greenfield and Behrs play a young white couple who move with their young son into a historically black African-American neighborhood, where they find that Cedric the Entertainer’s character isn’t pleased to meet them. His wife, played by Arnold, is far more welcoming, as are their sons, Malcolm (Sheaun McKinney) and Marty (Marcel Spears).

The comedy centers around the white couple learning what they can and can’t say to their new neighbors — they have a tendency, at times, to make themselves too comfortable. (Case in point: the wig episode.)

But the show also sets up plenty of plot points that could be comic (and conversational) gold in future episodes: a racist mom, Behrs’ character’s job at a school, and all the usual misunderstandings that spring up between all neighbors — even ones who don’t stumbling over racial misunderstandings.