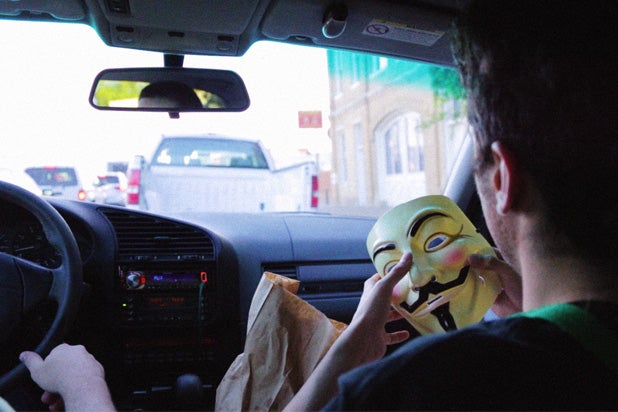 “The New Radical” is designed to induce discomfort. How could it not? At the heart of this stirring documentary is a divisive figure, someone who not only warrants controversy, but invites it.

This man is Cody Wilson, an Austin, Texas, resident and self-proclaimed crypto-anarchist and gun rights activist. The latter descriptor (“gun activist”) is something consistently debated within the confines of director Adam Bhala Lough’s prismatic portrait. It’s this ongoing ethical and moral debate that makes the film so ideologically riveting.

It’s unlikely a film about Wilson could be made any other way. The polemical 20-year-old garnered worldwide attention in 2012, when he and his cohorts, under the banner Defense Distributed, kickstarted the “Wiki Weapon Project,” a vigorous attempt to raise money both to design and release the downloadable files of the 3D printable gun. In short: an open source creation that would allow anyone with a 3D printer to, in theory, self-manufacture a weapon.

Naturally, Wilson’s newfangled (and potentially harmful) piece of machinery didn’t set well with everyone. Many were (and still are) mortified by the prospect of 3D gun-printing becoming a staple in America. As presented in the film, dissenters believe it will engender more violence, more bloodshed. The absence of thorough background checks and the emergence of unfettered power is, for detractors, too unnerving to fathom.

Wilson, conversely, unspools erudite proclamations, extolling the virtues of free-market anarchism and an armed citizenry, resulting in what he believes is the only way to have a pure form of democracy. Clips interspersed throughout the film show Wilson defending his position to talk-show hosts, evening news anchors and skeptical reporters. Each on-air interview reveals Wilson’s brilliance. They also reveal his smugness.

When it comes to the presentation of Wilson, “The New Radical” finds itself somewhere in the middle. Electing neither to condemn nor celebrate, Bhala Lough skillfully walks that delicate line throughout the film. This isn’t to suggest the movie is without perspective, opinion or voice; it’s clear that those involved with the project have at least some admiration for Wilson.

That admiration isn’t limited to the filmmakers, though. In the form of a diptych, “The New Radical” pivots to the brazen British programmer Amir Taaki. In the midst of Wilson’s public ascendancy, Taaki reached out. He was intrigued by Wilson’s politics. Their bond, as the film relays, evolved into a business called Dark Wallet, a Bitcoin app that allows its users to go dark in the face of government oppression. Wilson and Taaki claim it’s the people’s way to combat Big Brother oversight.

There’s more nuance and complexity to these concepts, and the documentary does a phenomenal job of covering a lot of ground. Only occasionally does it feel like Bhala Lough is keeping the movie apolitical. Is it the responsibility of the documentarian to take a position? Should films of this nature abstain from editorial comments, or should they interject?

The truth is, nothing in “The New Radical” is crafted without rhyme or reason. Each segment presented is, in and of itself, a comment on Wilson and Taaki; it can’t help but be. But there is a conversation to be had about Bhala Lough’s responsibility to question and interrogate these grand concepts. He is not a journalist — nor did he position himself as one — but as the presenter of such information, the director is not immune from such questions.

Based on what we’re shown in “The New Radical,” Wilson is a charismatic individual — handsome, whip-smart and well-spoken. His ability to deconstruct counter-arguments is impressive. His ideas, though, are potentially very dangerous, especially if they go unchallenged and unchecked. Philosophically, Wilson may be onto something; waging war against a system that has little interest in servicing its citizenry makes sense. Promoting a democracy, and not an oligarchy, that is actually ruled by the people, makes sense. Wilson is not without logic; but he is without perceptible policy.

There are no clear answers to derive from Wilson and “The New Radical,” but the film does offer an internal monologue that, over time, can start a conversation. By nature of its central subject, it’s a piece of work that infuriates and excites. It’s a deeply upsetting movie, and then, sporadically, a hopeful one.