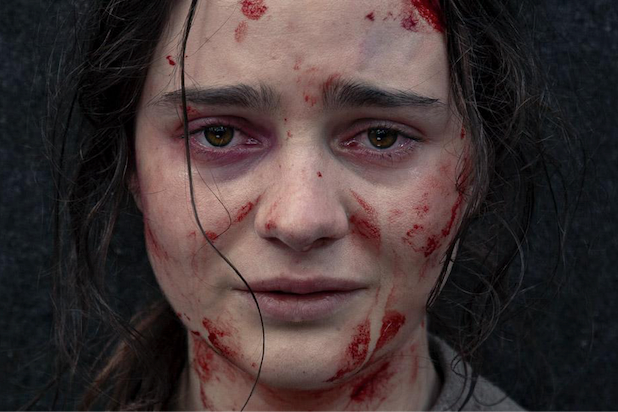 In an interview with TheWrap, Jennifer Kent wonders whether the violent imagery and rape scenes in her film “The Nightingale” would receive the same level of scrutiny if it was directed by a man.

Following “The Nightingale’s” Australian premiere in Sydney this June, The Telegraph and Australia’s News.com.au reported that several moviegoers walked out of the theater, quoting one woman as saying, “She’s already been raped, we don’t need to see it again.” Kent told TheWrap reports of mass walkouts were “exaggerated,” and she said that shortly after such reports surfaced, she watched a string of recent films all directed by men, all of them more violent than “The Nightingale,” but none that received backlash.

“And so I thought, hang on, what is this? What’s going on? I can’t help but think there is some unconscious bias in regards to what a woman should be writing about and what a woman’s story should be,” Kent said. “It’s very expected for men to deal in the realm of violence, and it’s not expected for women to have these stories to tell. Which makes me sad, but also very proud that I pushed through and made it.”

“The Nightingale” is the second film from Kent and the follow-up to her breakout horror hit “The Babadook.” And while “The Nightingale” is not a horror film, it’s a historical drama set during a civil war in 1825 Tasmania that contains scenes of intense violence and emotional trauma. Within roughly the film’s first 30 minutes, the movie’s protagonist Clare (Aisling Franciosi) is raped by the same man on two separate instances. She then seeks revenge on her rapist after her family suffers another act of disturbing violence.

Kent defended these images as necessary to capture the accuracy of a harsh period in Australian history, going into grim detail about the lives of women she referred to as “tragic.”

“If a woman was raped by her master, which she more often than not was, the ratio was eight or nine men to one woman,” Kent said. “If a woman was indentured to a master and raped, which was the usual, and she fell pregnant, she was sent to prison and given hard labor and punishment for the crime of unwed pregnancy. The child would’ve been taken away from her, shoved in an orphanage, neglected and more often than not, they died. For this scenario to play out the way it did, it was what the story demanded of me, for veracity’s sake, to be true. I needed to convey the experience of the fallout of colonial thinking.”

While “The Nightingale” begins as the story of how sexual violence is entwined with war, Kent said she used Clare’s tragedy as a jumping-off point to explore the racial dynamic between Clare and an Aboriginal native named Billy (Baykali Ganambarr) who helps her track her rapist and former master, Lieutenant Hawkins (Sam Claflin). It quickly evolves into a parable about the need for empathy and how women and children tend to bear the brunt of war.

“I think the same mindset that created colonialism and thought that was a good idea is the same violent mind that’s present and unfortunately alive and well in the world today. It’s the same mind that’s preoccupied with power, fame and notoriety over humanity, love, kindness and care for others, and concern about others’ suffering,” Kent said. “We don’t have to look too hard within many government systems to find people like Hawkins that exist, and that are not just existing but thriving. They may not be out murdering people left, right and center, but they’re creating a lot of damage through their action. I didn’t go in to make an overtly political film, but I wanted to make a film about the effects of violence on all levels. It naturally draws parallels to the modern world.”

Kent said she was in the foyer during the Australian premiere of “The Nightingale” in Sydney and said there were not the level of walkouts that the media reported. However, she says she’s thought about the impact the film would have on audiences and is still proud of how her team and actors helped to tell the film’s story truthfully.

“Ultimately it surprised me, because I think of these things, but ultimately I don’t think it’s a bad thing for people to have those feelings about the story. Because they should be shocked. They should be outraged. These things are terrible things,” Kent said. “But in regards to people leaving, if they really are feeling so traumatized, they shouldn’t subject themselves to it. And that’s not a mark on who they are or a measure of what they’re missing out on. Most people have stayed, and it’s up to them how they want to take the film. As moviegoers, we’ve become so used to being entertained or being comforted. And the films I love in cinema history are not about comfort. They’re about provoking thought and feeling.”

“The Nightingale” opens in limited release from IFC Films on Friday.